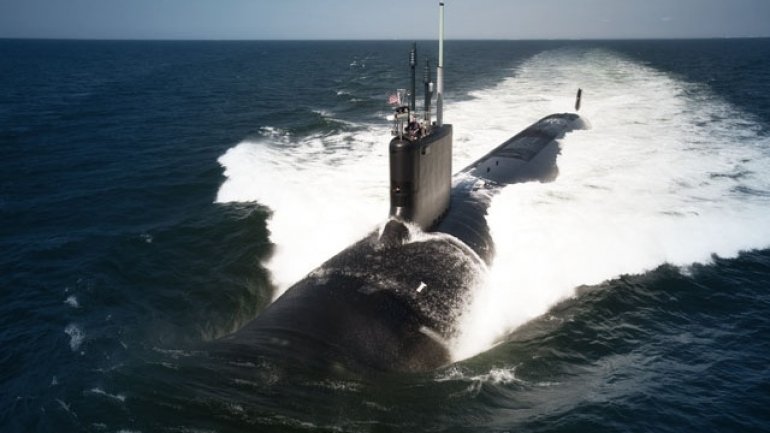 The US military is sending a double-barreled message this week to potential adversaries in the Pacific.

A US Navy submarine carrying nuclear-tipped ballistic missiles is visiting Guam for the first time since the late 1980s and US and Japanese troops will practice amphibious landings on Pacific islands.

The submarine USS Pennsylvania is making what the Navy formally calls a "scheduled port visit" to the US territory in the Pacific, according to a Navy press statement.

But a US defense official says that both Japanese and South Korean delegations are in Guam at this time and will be offered rare tours of the submarine.

The visit comes as military tensions are high both with North Korea over its nuclear program, and China, over its moves in the South China Sea.

The Navy is making the public statement about the Pennsylvania in part to show its presence to allies and adversaries in the region.