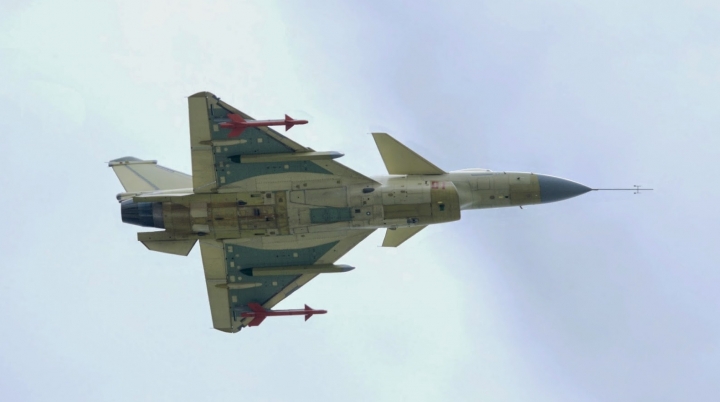 A Chinese fighter jet carried out an "unsafe" intercept of a U.S. spy plane on routine patrol on Tuesday in international airspace over the East China Sea, the U.S. Pacific Command said, as China again demanded an end to U.S. surveillance flights.

"One of the intercepting Chinese jets had an unsafe excessive rate of closure on the RC-135 aircraft. Initial assessment is that this seems to be a case of improper airmanship, as no other provocative or unsafe maneuvers occurred," Pacific Command said. It did not say how close the Chinese fighter came to the U.S. plane.

"The Department of Defense is addressing the issue with China in appropriate diplomatic and military channels," the statement said.

China's Defense Ministry said it had noted the report and was looking into it.

"Judging by the report, the U.S. side is again deliberately hyping up the issue of the close surveillance of China by U.S. military aircraft," it told Reuters in a statement.