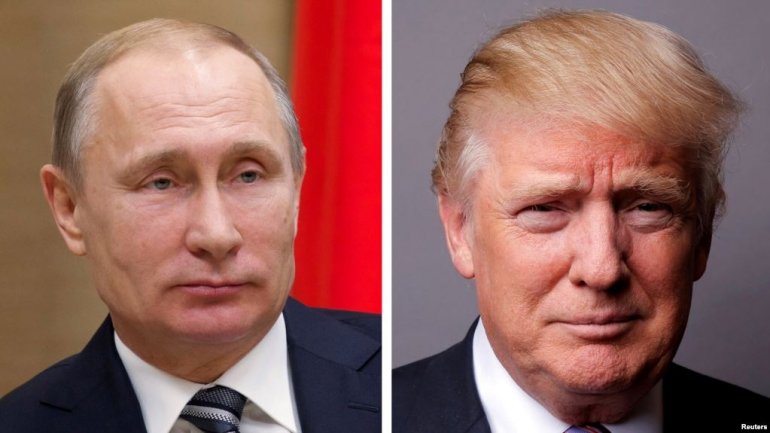 New U.S. sanctions on Moscow have forced Russian business chiefs to accept that Donald Trump's rise to power is not about to produce a "Trump Bump" in foreign investment.

After Trump became U.S. president, some investors said they would be prepared to contemplate new deals with Russian firms if they saw signs that U.S.-Russian ties were improving and U.S. restrictions on business with Russia were being relaxed.

But the new sanctions, signed onto law by Trump on Aug. 2, add new measures and codify six orders signed by President Barack Obama, making them harder for Trump to revoke.

For the business community in Moscow, the message is clear -- there is no immediate prospect of Washington softening its stance towards Moscow.

"Russia faces the codification of sanctions which suggests they will be hellishly difficult to take off and are likely to remain in place for the very long term," said Tim Ash, a strategist at BlueBay asset management in London.

"The mere fact that the U.S. and Western governments ... saw fit to levy sanctions on Russia sends at the least an amber light to Western business –- be careful in your dealings with Russia."

The United States initially imposed financial and travel restrictions on Russia in 2014, after Russia annexed the Crimea region from Ukraine following the fall of a pro-Moscow president in Kiev.

The latest measures allow Congress to block any effort by the president to ease or lift the existing sanctions, tightens some of those sanctions, and imposes new restrictions in some sectors.

Executives in Russian banks and energy companies, the main targets of the U.S. sanctions, told Reuters their compliance departments were still going through the fine print of the new law to understand the practical impact.

Already clear, though, was the message about the duration of the sanctions.

"This is obviously for a long time," said a source in a major Russian oil company, who spoke on condition of anonymity because he is not authorized to speak to the media.

Moody's rating agency said in a note to clients that the new sanctions on Russia "are likely to further deter investment there."

The sanctions in place since 2014 directly restrict a narrow range of business dealings. Their biggest effect, according to investment bankers and corporate lawyers in Moscow, is that they create the risk of more sanctions being added.

Under that scenario, a deal signed outside the scope of the sanctions could quickly fall under sanctions. If that happened, investors would be likely to lose money and few want to take that risk.

The new sanctions are unlikely to trigger an immediate crisis in Russia. Business and government have adapted to living with low investment flows, and the central bank has the tools to maintain macro-economic stability.

Longer-term, tepid foreign investment is likely to shave a few percentage points off economic growth, economists say. The Russian economy contracted in 2015 and 2016, and is seen growing up to 1.8 percent this year, according to Russia's central bank.

That is far below the average annual growth of nearly 7 percent on which President Vladimir Putin built high approval ratings early in his presidency.

Explaining this will be one of his challenges when, as most Russians expect, he asks Russian voters to re-elect him in next year's presidential election.