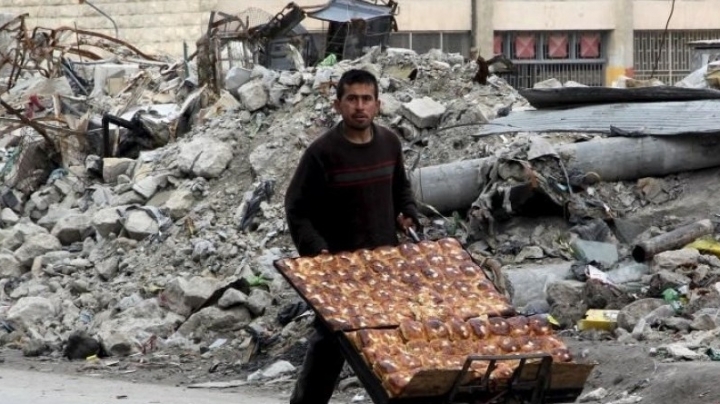 The US has warned Russia that potential military cooperation will not be realized unless humanitarian aid is delivered to Syria's besieged communities. The two countries had planned to meet with the UN Security Council.

UN Security Council members had been due to meet in New York on Friday afternoon for a hastily-called meeting on the fragile Syrian ceasefire, billed as the "last chance" to end the five-year war.

But Vitaly Churkin, Russia's ambassador to the United Nations, said the meeting was canceled at the last minute as the US was unwilling to disclose exactly what was in the documents outlining the deal, hammered out last week by US Secretary of State John Kerry and Russian Foreign Minister Sergey Lavrov.

In Washington, a US official said the session was canceled because the Russians were trying to force the US to make the ceasefire deal public.

"The United States will not compromise operational security," the official said.

Russia, a key backer of Syrian President Bashar al-Assad, said earlier Friday that Moscow was pushing for a 72-hour extension to the current ceasefire. The truce was implemented on Monday after the US and Russia reached an agreement two days earlier.

The ceasefire has been marred by violations throughout the week, however, including a lack of humanitarian aid deliveries and sporadic violence which resulted on Friday in the deaths of three civilians, including two children.