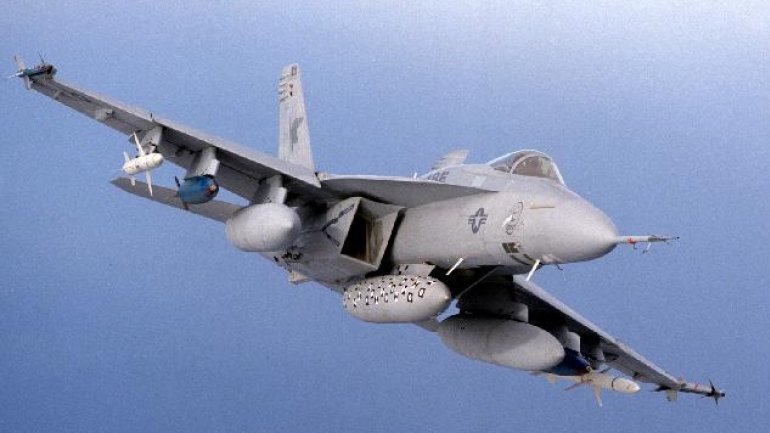 U.S. pilots over Syria will defend themselves if attacked by Russians, a Pentagon spokesman said Monday, following a report that Russia will treat U.S. or coalition aircraft as targets if they fly over areas in western Syria controlled by Russia.

The Russian Defense Ministry made the threat Monday after a U.S. F/A-18E Super Hornet shot down a Syrian Su-22 after that plane bombed US-backed Syrian Democratic Forces that are working with the US to defeat the Islamic State on Sunday.

"Any aircraft, including planes and drones of the international coalition, detected in the operation areas west of the Euphrates River by the Russian air forces will be followed by Russian ground-based air defense and air defense aircraft as air targets," the Defense Ministry said.

"We are aware of the Russian statements," Navy Capt. Jeff Davis, a Pentagon spokesman, said Monday morning. "We do not seek conflict with any party in Syria other than ISIS, but we will not hesitate to defend ourselves or our partners if threatened," Davis said.

A spokesman for the U.S.-led coalition said the Russian statement has had no effect on the operations in support of US-backed Syrian fighters moving against ISIS in Raqqa in western Syria.

He also appeared to indicate the US is avoiding the parts of Syria where Russia said US planes would be tracked as potential targets or providing additional airpower to counter threats.

"As a result of recent encounters involving pro-Syrian regime and Russian forces, we have taken prudent measures to reposition aircraft over Syria so as to continue targeting ISIS forces while ensuring the safety of our aircrews given known threats in the battlespace," Dillon said.