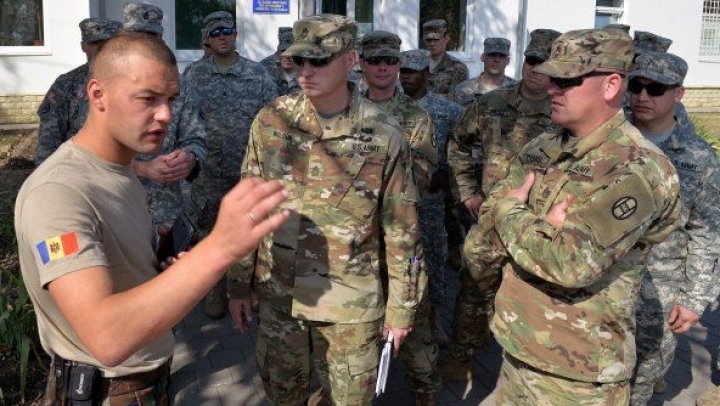 Soldiers from the North Carolina National Guard are training in Moldova this month as part of a multinational exercise that builds on a longstanding partnership between North Carolina and the small Eastern European country.

The multinational, combined artillery training exercise is taking place in the Bulboaca Training Area of Moldova.

It involves more than 230 Moldovan troops, 30 Americans and 30 Romanian soldiers.

The training is an opportunity to further foster relationships between the state Guard and Moldova, which have been linked by the National Guard State Partnership Program for nearly as long as Moldova has been an independent nation.

The former Soviet Union country, which neighbors Ukraine, first was paired with North Carolina in 1996 as part of the program, which began as a way for U.S. troops to engage former Soviet republics.

The partnerships involve non-lethal military assistance, training and mentorship in return for a promise that militaries will be subservient to a civilian government.

Officials have said the program promotes security cooperation and establishes a link between the militaries that shares best practices.

Most exercises involve small teams of two or three soldiers, but sometimes larger groups - such as those involved in Fire Shield - deploy for short periods.

In recent years, the state partnership has grown to include nonmilitary cooperation, including education, medicine, agriculture, technology and sports realms, Fayetteville Observer writes.