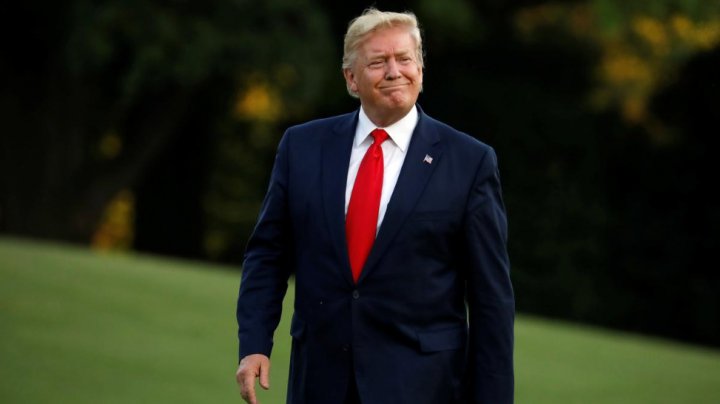 US President Donald Trump says he has called off peace negotiations with the Taliban that sought to end America's 18-year war in Afghanistan.

But he cancelled the secret meeting at his Camp David retreat after the militants admitted they were behind a recent attack that killed a US soldier.

The talks were due to take place a few days before the anniversary of 9/11.

The US invaded Afghanistan and overthrew the Taliban in the autumn of 2001, because the militants had given safe haven to the al-Qaeda network to plan the attacks on the US on 11 September.

A source from the Taliban's political office in Doha told the BBC that the group was set to hold an "urgent internal meeting" to discuss Mr Trump's decision.

Meanwhile the office of Afghan President Ashraf Ghani - who would have met separately with Mr Trump at Camp David, according to the US president - said real peace would only be possible when the Taliban agreed to a ceasefire and direct talks with the Afghan government.

A face-to-face meeting with the Taliban at Camp David - the site of past historic peace negotiations - would have been an extraordinary diplomatic move by the US president, especially as it would have come just ahead of the 18th anniversary of 9/11.

The top US negotiator had announced a peace deal "in principle" on Monday.

It was the result of nine rounds of talks between the US and Taliban representatives, held in Doha, the capital of the Gulf state of Qatar.

But Mr Trump's tweets on Saturday evening appeared to put an end to nearly a year of painstaking negotiations which had excluded the Afghan government in Kabul, dismissed by the Taliban as American puppets.

"Unfortunately, in order to build false leverage, [the Taliban] admitted to an attack in Kabul that killed one of our great great soldiers," the president tweeted.

"I immediately cancelled the meeting and called off peace negotiations."

As part of the proposed deal, the US would have withdrawn 5,400 troops within 20 weeks, in return for Taliban guarantees that Afghanistan would never again be used as a base for terrorism.

The US currently has about 14,000 troops in Afghanistan

On Thursday, a Kabul car bombing carried out by the Taliban killed 12 people, including a US soldier.

A Romanian soldier serving with the Nato-led mission was also killed.

But the Taliban had never agreed to end their violent campaign against Afghan and foreign forces while the peace talks were taking place. Sixteen US troops have been killed this year.

A recent escalation of violence had deepened fears that a looming US-Taliban agreement would not end the daily fighting in Afghanistan and its toll on civilians.

Mr Trump pledged during the 2016 presidential campaign that he would end the US war in Afghanistan.

But he recently said that he wanted to get troop numbers down to 8,600 - about the same as the level when he entered office - and then "make a determination from there". He said the US would maintain a military presence in Afghanistan.

Many in Washington fear that a full US pull-out would leave the country deeply unstable and vulnerable to militant groups that could use it as a base to attack the West.

The Taliban militants now control more territory than at any time since the 2001 US invasion. They have insisted that they will not talk formally to the Afghan government until a timetable for the US troop withdrawal is agreed.

The initial US-Taliban deal was meant to pave the way for intra-Afghan talks on a broader political solution.

Mr Trump said he would have met Taliban leaders and President Ghani separately at Camp David.

Some in Afghanistan fear that any deal could see hard-won rights and freedoms eroded and the Taliban back in power. The militants enforced strict religious laws and treated women brutally during their rule from 1996 to 2001.

Nearly 3,500 members of the international coalition forces have died in Afghanistan since the 2001 invasion, more than 2,300 of them American.

The figures for Afghan civilians, militants and government forces are more difficult to quantify. In a February 2019 report, the UN said that more than 32,000 civilians had died.

The Watson Institute at Brown University says 58,000 security personnel and 42,000 opposition combatants have been killed.