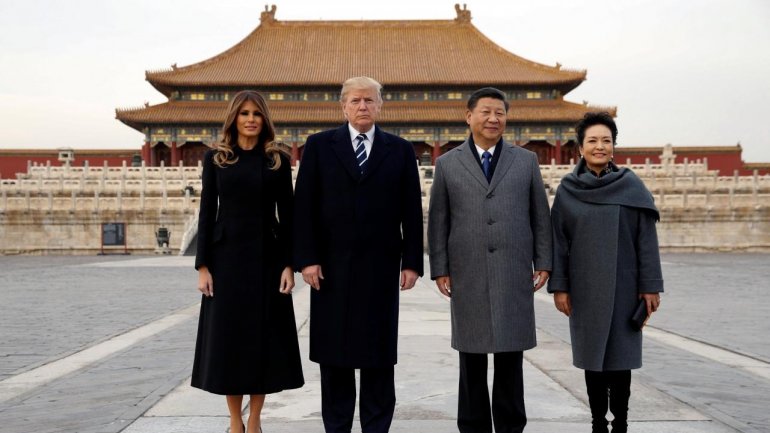 The US President Donald Trump has arrived in Beijing on the latest leg of his five nation Far-East tour.

But before talks began in earnest the pair and their wives shown round Beijing’s Forbidden City, a visit described as an unprecedented honour.

The trip to China comes hours after Trump addressed the South Korean parliament where he issued a now-typically fiery warning to Pyongyang over its nuclear weapons programme.

“I hope I speak not only for our countries, but for all civilised nations, when I say to the North: Do not underestimate us and do not try us,” said Trump.

However, his stark language didn’t go down well with hundreds of people who protested outside parliament. They called Trump a thief and accused him of using trade to pressure South Korea into buying arms.

The Forbidden City was the Chinese imperial palace from the Ming dynasty to the end of the Qing dynasty—the years 1420 to 1912. It is in the center of Beijing, China, and now houses the Palace Museum. It served as the home of emperors and their households as well as the ceremonial and political center of Chinese government for almost 500 years.