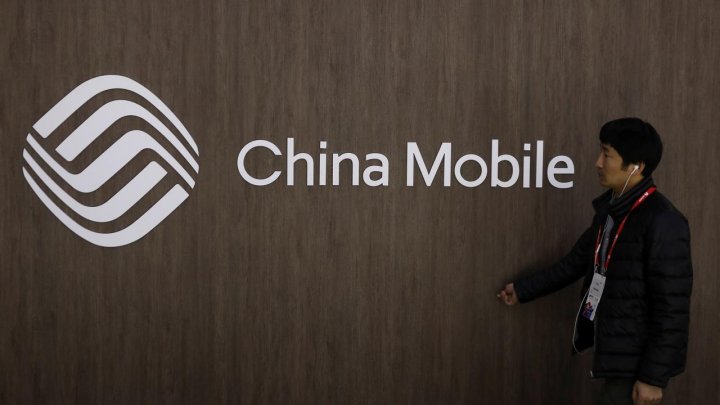 U.S. officials are moving to block a Chinese state-owned telecom company from operating in the United States, citing the firm as a spying risk and widening a rift between the two countries over the security of Chinese technology products.

If approved, the plan by the Federal Communications Commission would deny permission to China Mobile, whose U.S. subsidiary is incorporated in Delaware, to offer international phone service to American customers, writes The Washington Post.

The decision could put an end to a years-long effort by China Mobile to gain access to the U.S. market. In 2011, the company applied to the FCC for clearance to connect U.S. customers to callers around the world. But on Wednesday, FCC Chairman Ajit Pai said China Mobile “raises substantial and serious national security and law enforcement risks” that cannot be mitigated.

China Mobile didn’t respond to a request for comment. The FCC is expected to vote on the proposal at its next monthly meeting, May 9.

Pai’s announcement marks the telecom regulator’s latest broadside against a Chinese company over its alleged threat to U.S. interests. In recent months, Trump administration officials have issued a steady drumbeat of warnings and policy proposals targeting Chinese technology firms, aiming to freeze out companies such as Huawei and ZTE over concerns that their equipment could give Chinese authorities a way to eavesdrop on sensitive U.S. communications.

“Trump’s team is making central to their case that not just ZTE, but Huawei and China Mobile are all instrumentalities of the Chinese state,” said R. David Edelman, who managed telecom and cybersecurity issues in the Obama White House and is now at MIT’s Internet Policy Research Initiative. “And it’s shifting the burden back onto those companies to prove they’re immune from Chinese interference — which might well be impossible.”

China Mobile had offered a risk-mitigation proposal aimed at easing U.S. regulators’ concerns, said senior FCC officials who spoke on condition of anonymity to discuss private negotiations. But the offer was ultimately unpersuasive, as agencies across the federal government concluded that China Mobile could not be trusted to uphold the agreement.

The looming FCC decision, some analysts said, raises the prospect that China could seek to retaliate against U.S. carriers who partner with Chinese providers, much as China Mobile would have partnered with American carriers in the United States.

“This is part of a much larger U.S.-versus-China tech battle, and it’s 100 percent in line with the White House’s view,” said Paul Gallant, an industry analyst at Cowen & Co. "It will be very interesting to see if there’s any proportionate Chinese response.”

China Mobile does not currently offer phone service in the United States, and an FCC decision rejecting its application would merely affirm that status quo. But like many FCC orders, China Mobile could challenge the decision by asking a federal appeals court to review it.

China Mobile’s application languished for years in an interagency review process that included law enforcement, intelligence and national security officials, according to one former senior Obama administration official, speaking on condition of anonymity to discuss the government’s internal deliberations on the matter.

Procedural impediments, such as the ability of any one agency to hold up the review with objections or concerns, were partly to blame. But equally significant was the Obama administration’s view that rejecting the application outright risked unnecessarily provoking China. Leaving it to sit idle was the more prudent choice at the time, the former official suggested.

“Great effort was taken to understand and develop more tools to change troubling aspects of Beijing’s behavior,” the official said. “There’s a wide range of actions that were considered. Many of them bear a surprising resemblance to what the Trump administration has decided to execute on today. The key difference is when the Obama administration decided to use those tools."

For President Trump, criticizing China has become routine as he has pushed for a renegotiated trade deal. In the past, he has accused China of currency manipulation and of unfair trade practices. More recently, the two countries have been holding in a “truce” of sorts as negotiators work to hammer out an agreement. Blocking China Mobile from the U.S. market could add to pressure on the Chinese government to capitulate. But, analysts say, it could also be interpreted as an escalation.