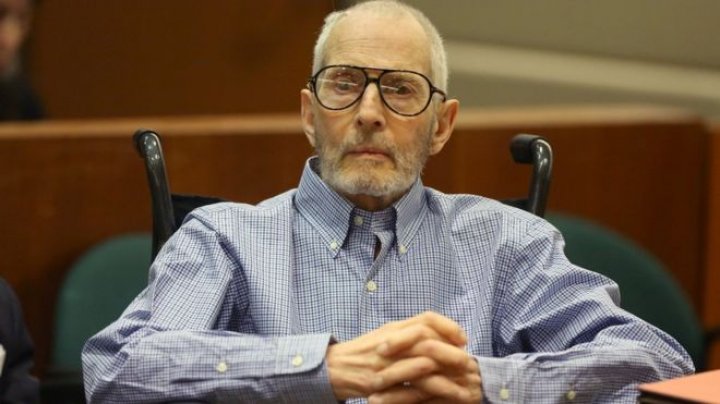 US millionaire Robert Durst, the subject of HBO documentary The Jinx, will stand trial for murdering a close friend in 2000, a judge has ordered, writes bbc.com.

Prosecutors claim the 75-year-old killed Susan Berman to stop police questioning her about the disappearance of his wife, Kathleen.

Mr Durst has pleaded not guilty to the murder charge.

The real estate heir was the subject of a six-part TV series in 2015, in which he allegedly confessed to the crime.

Captured on a microphone in the finale, Mr Durst said to himself, "What the hell did I do? Killed them all, of course."

Hours before this last episode aired, authorities arrested him in New Orleans for Ms Berman's murder.Mr Durst frequently interrupted Thursday's hearing, at one point reportedly heading towards the nearest door in his wheelchair and telling the court to "Have a good weekend".

His lawyers argued there was not enough cause for a trial, as there are no fingerprints or DNA data to link Mr Durst to Ms Berman's death.

But Judge Mark Windham said the tycoon's recorded comments on the show "operate as a succinct confession" to several murders, unless he can offer an explanation.

Mr Durst was acquitted of murdering his elderly neighbour Morris Black in 2001, successfully arguing he had killed him on the grounds of self-defence before cutting up the body.

In deciding Mr Durst should stand trial, the judge said he also considered Mr Durst's comments about the accuracy of his portrayal in the film All Good Things.

The fictional 2010 movie, starring Ryan Gosling as a character based on Robert Durst and directed by The Jinx's filmmaker Andrew Jarecki, depicts the life of the tycoon and shows him as a murderer.

Asked about it in commentary for the DVD, Mr Durst said: "I felt the movie was very, very, very close in much of the ways about what, pretty much, happened."