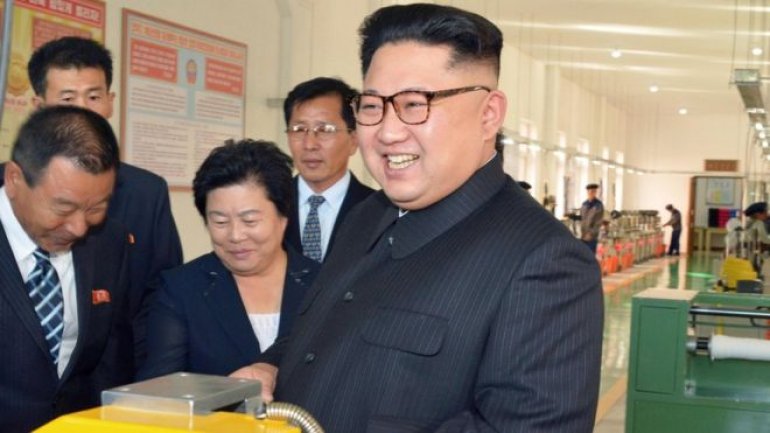 North Korea has conducted an unsuccessful test launch of an intermediate ballistic missile, the US military says, reports BBC.

The Musudan missile has an estimated range of up to 4,000 km, enough to hit South Korea, Japan and the US territory of Guam.

Pyongyang has not reacted to the news.

The country has made a number of missile-related tests this year, despite being banned by the UN from any use of ballistic or nuclear technology.

It comes amid concerns that the North may soon launch another long-range rocket or conduct a nuclear test.

The test took place near the north-western city of Kusong at 03:33 GMT on Saturday, the Pentagon said in a statement.

US Navy Commander Gary Ross said the missile launch "did not pose a threat to North America".

South Korea confirmed the failed launch, and said in a statement it strongly condemned the actions of its neighbour.

The Yonhap news agency reported the missile was believed to have exploded soon after its launch, without citing a source for the information.

The Musudan is mobile, launched from the back of a trailer. North Korea has tested this type of missile at least six times this year. Most have failed but one has gone at least 1,000 km.

Tension is high at the moment because US and South Korean troops are exercising together. The biggest US aircraft carrier is currently docked in South Korea.

The South Korean media say the exercises involve practicing the specific targeting of North Korea's nuclear facilities and leadership - what is called decapitating the regime - with so-called bunker-busting bombs.

The US military denies that.

Pyongyang insists its space programme is for peaceful purposes.

But the US, South Korea and even China, the country's main ally, say the recent rocket launches are aimed at developing inter-continental ballistic missiles.

North Korea regularly makes claims about the progress of its nuclear and missile programmes, but analysts say most of them are impossible to independently verify.