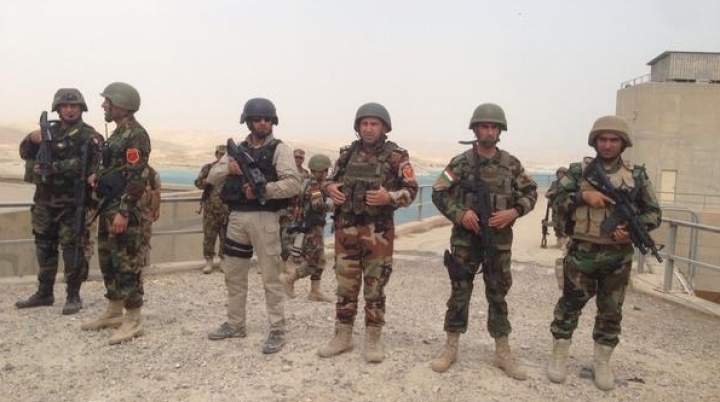 U.S. and coalition forces will use the newly retaken air base in Qayara as a staging hub, as Iraqi security forces move forward in the long-awaited battle to recapture Mosul from Islamic State militants, Defense Secretary Ash Carter said Monday as he arrived in Iraq.

Carter, who landed in Baghdad on an unannounced visit, said U.S. advisers are prepared to accompany Iraqi battalions if needed, as those units begin to encircle the key northern city.

A senior defense official said it's not clear when U.S. advisers would begin accompanying the battalions closer to the battlefront. But it could be in the coming weeks and months. The U.S. officials said a team of American troops went into Qayara for a quick site assessment Sunday and left.

One job they could do would be to help the Iraqis troops use highly technical bridging capabilities to get across the river into Mosul.