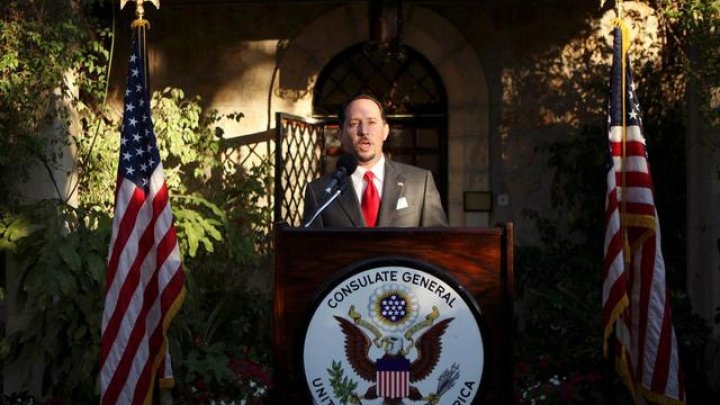 The United States has officially shuttered its consulate in Jerusalem, downgrading the status of its main diplomatic mission to the Palestinians by folding it into the U.S. Embassy to Israel.

For decades, the consulate functioned as a de facto embassy to the Palestinians.

Now, that outreach will be handled by a Palestinian affairs unit, under the command of the embassy.

The symbolic shift hands authority over U.S. diplomatic channels with the West Bank and Gaza to ambassador David Friedman, a longtime supporter and fundraiser for the West Bank settler movement and fierce critic of the Palestinian leadership.

The announcement from the State Department came early on Monday in Jerusalem, the merger effective that day.

When first announced by U.S. Secretary Mike Pompeo in October, the move infuriated Palestinians, fueling their suspicions that the U.S. was recognising Israeli control over east Jerusalem and the West Bank, territories that Palestinians seek for a future state.

Last year the U.S. recognised Jerusalem as Israel's capital and relocated its embassy there, upending U.S. policy toward one of the most explosive issues of the Israeli-Palestinian conflict.

The Palestinians in turn cut off most ties with the administration.

The U.S. administration also has slashed hundreds of millions of dollars in humanitarian aid to the Palestinians, including assistance to hospitals and peace-building programmes.