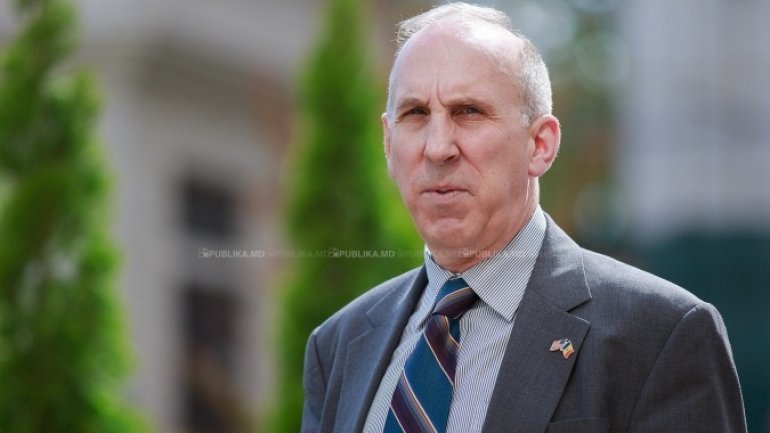 US Embassy congratulates Moldova on the occasion of the 25th anniversary of diplomatic relations. A quarter century ago, the United States officially recognized the independence of our country. On this occasion, Ambassador James Pettit published a video message in which he congratulates the citizens of both states.

On 25 December 1991 the United States recognized the independence of Moldova, and a year later opened an embassy in Chisinau. During this time, the United States supported Moldova in implementing democratic reforms and integration into the European community.

"We have a partnership with you in strengthening the rule of law and fight against corruption. We worked together to ensure greater prosperity and security for every citizen" said Pettit.

Since then were implemented a number of projects from which the citizens have benefited, especially the Moldovans. These include the initiatives of USAID, Peace Corps, the Millennium Challenge Corporation Impact program for Moldova, which contributed to the growth and development of the country. The diplomat said that the 25 years of diplomatic relations will be marked throughout the year.

"Celebrate with us this moment in the diplomatic history of Moldova and the USA, so that everyone will know about the great things we have achieved together. I also want to use this opportunity to wish you, your families and your friends congratulations" said James Pettit.