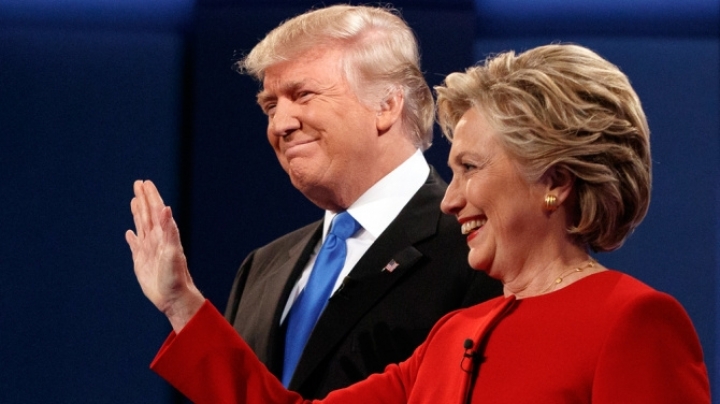 The two US presidential candidates have clashed over jobs, terrorism and race in a bitter television debate, reports BBC.

The attacks turned personal as Republican Donald Trump accused his rival Hillary Clinton of not having the right temperament to be president.

Meanwhile, Mrs Clinton baited Mr Trump by pointing out that he refuses to release his tax returns.

The New York showdown could be the most watched debate in TV history, with up to 100 million viewers.

Hours before the CNN programme, polls suggested the candidates were locked in a dead heat, adding to the tension between the rivals on stage throughout the debate.

Mr Trump was later thrown on the defensive by moderator Lester Holt for not disclosing his tax returns.

He claimed he was under a "routine audit" and would release the document once the audit was finished.

But the hotel developer promised he would release them if his opponent released 33,000 emails that were deleted during an investigation into her private email set-up while secretary of state.

Mrs Clinton made a brief response to Mr Trump's attacks about her use of a private email server - which has haunted her on the campaign trail.

She said there were no excuses for the "mistake" and that she takes responsibility for it.

But she was also uncomfortable when defending her changing position on the controversial Trans-Pacific Partnership trade deal.

One key exchange was over Mr Trump's long-held belief that President Barack Obama was born outside the US, a position he finally reversed two weeks ago.

When asked by Mr Holt to explain his change in stance, he said he wanted to concentrate on bigger, more important issues.

She attacked him for praising Russian President Vladimir Putin, and suggesting he "find" her emails.

The debate was the first of three between the two candidates, and the American voters go to the polls on 8 November.