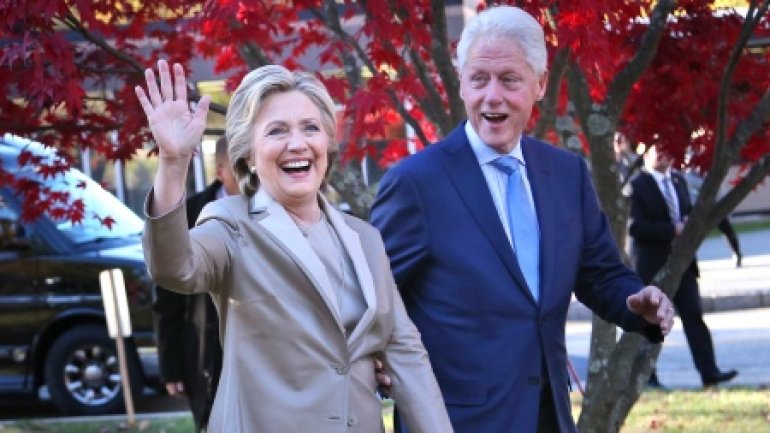 The Democratic nominee was in her hometown of Chappaqua, New York, with husband Bill to cast her ballot and potentially make history as the first woman president of the United States, according to people.com.

The former secretary of state voted Tuesday morning after a whirlwind final day of campaigning on Monday, which included a star-studded rally in Philadelphia with the Obamas, Bruce Springsteen and Jon Bon Jovi, followed by final midnight push in Raleigh, North Carolina.

linton smiled and waved as she took to the building to cast her vote. Bill was right behind her as she shook voters’ hands amid the crowd of people snapping her photo and capturing video of the presidential hopeful.

Just as Clinton headed out to her polling place, President Obama donned a ballcap left the White House on a much quieter but deeply symbolic gesture of how personally invested he is in Clinton’s success.