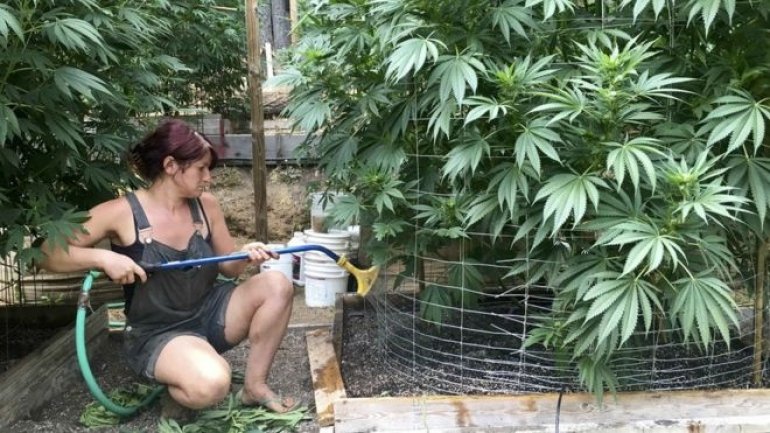 Voters in California, Nevada and Massachusetts have endorsed the recreational use of marijuana in state-wide polls, reports BBC.

The votes, which took place alongside the presidential election, legalize the growth and consumption of cannabis for those over 21 years old.

Results in Maine are not yet know, while Arizona rejected legalizing recreational use.

People in Florida and North Dakota, meanwhile, legalized medicinal use.

The drug will be an option in the management of conditions including cancer, Aids and hepatitis C.

California said the taxes on the sale and farming of cannabis would support youth programmes, environmental protection and law enforcement.

Legal marijuana is among the fastest growing industries in America, with some analysts suggesting sales could reach $22 billion by 2020.

Opponents, however, had said the proposition opened the way for promotion of the drug on shows watched by young people, exhibiting "reckless disregard for child health and safety".

In Massachusetts, the legislation is set to take effect in December, with similar taxation measures to those in California.

California was one of the first states to legalize the drug for medicinal purposes in 1996.

On Tuesday, voters in Florida and North Dakota followed suit, making medicinal use legal in a majority of US states.

Many states used the general election as an opportunity to put a range of questions to the public on matters such as tax, the minimum wage or the death penalty.

Nebraska reinstated the death penalty, reversing a decision by legislators last year to abolish capital punishment. Although the state has not executed an inmate since 1997, it has 10 men currently on death row.

Oklahoma reaffirmed its commitment to capital punishment by voting to give it constitutional protection. The move means it cannot be declared cruel and unusual punishment by state courts. Oklahoma has the highest number of executions per capita in the US.

In Colorado, voters approved assisted dying for the terminally ill through "medication that can be self-administered".