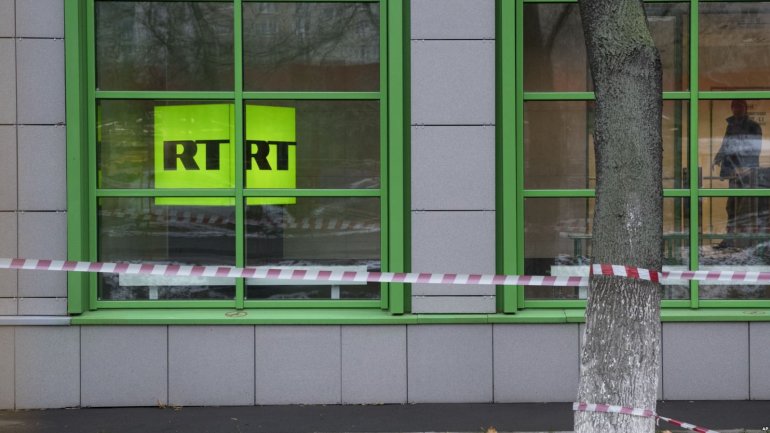 Broadcast reporters for Russian state-funded TV channel RT will no longer be able to report daily from the U.S. Capitol, reported usnews.com.

A committee that governs Capitol Hill access for broadcast journalists has withdrawn credentials for RT after the company complied earlier this month with a U.S. demand that it register under the Foreign Agents Registration Act. The law applies to people or companies disseminating information in the U.S. on behalf of foreign governments, political parties and other "foreign principals."

The action also comes just days after Russian President Vladimir Putin has signed legislation allowing Russia to register international media outlets as foreign agents, an act seen as the Kremlin's retaliation for the Trump administration decision on RT. The new rules require disclosures to the Russian government and are seen as stigmatizing the news outlets as promoters of American propaganda.

In Washington, C-SPAN's Craig Caplan informed RT that its credentials were being withdrawn after a unanimous vote of the executive committee of the Congressional Radio and Television Correspondents' Galleries.usnews.com

Caplan, the chairman of that committee, wrote that gallery rules "state clearly that news credentials may not be issued to any applicant employed by 'any foreign government or representative thereof.'" He said the FARA registration made the network ineligible to hold news credentials, and their withdrawal is effective immediately.

Many news outlets with ties to foreign governments are required to similarly register. English-language newspaper China Daily is registered due to its affiliation with the Chinese government, for example. But the pressure on RT has angered Russian officials, who have said they will retaliate with restrictions on U.S. news outlets.

The letter was sent to Mikhail Solodovnikov of RT's U.S.-based production company, T & R Productions. RT did not immediately respond to a request for comment.

U.S. intelligence agencies have alleged RT served as a propaganda outlet for the Kremlin as part of a multi-pronged effort to interfere in the 2016 U.S. presidential election. Russia denies interfering.