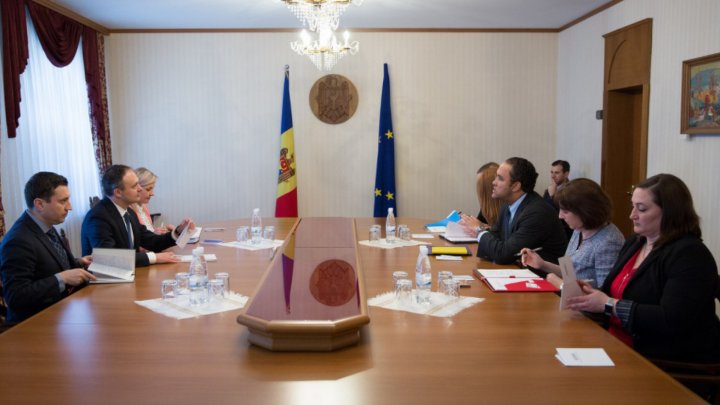 The US welcomes the alignment of Moldova with the West in the Salisbury attack. The statement was made by William Hurd, US Congressman, during the meeting of Andrian Candu, Parliament Speaker, with members of the US Congress delegation.

The Moldovan authorities' decision was taken as a sign of solidarity with the U.K and following the conclusions of the European Council of 23-24 March 2018, which described the Salisbury attack as a threat to collective security and the international right.

Congressman William Hurd and Parliament President Andrian Candu at the meeting today discussed the progress of reforms in Moldova and the effort to align with international best practices in the field of justice, security, fights against corruption and money laundering.

The Speaker of Parliament thanked the United States for the constant support given to our country. Moreover, the US Congress welcomed the actions taken by the authorities to fight corruption, promote reforms and measures to ensure citizens' security.

William Hurd encouraged Moldova to continue its policies and promised all US support in this regard.