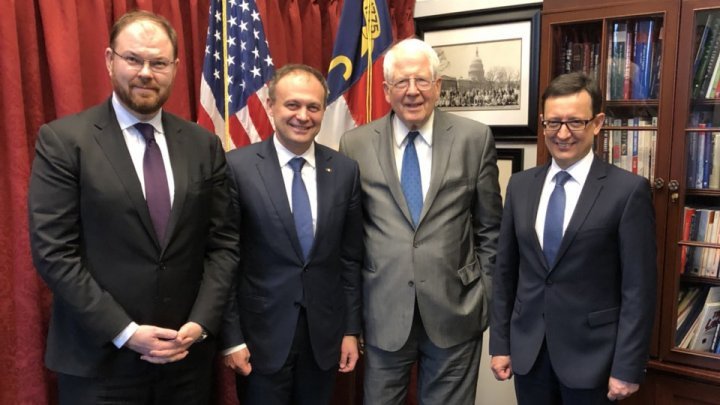 Supporters are likely to vote for the resolution of the US Congress that supports the association of Moldova with the European Union and calls on the removal of Russian troops in the Transnistrian region. The announcement was made at the meeting of Andrian Candu, Parliament Speaker, with the US Congress House of Representatives.

Parliament Speaker Andrian Candu thanked the US for its supports to Moldova. Andrian Candu appreciated the determination of his colleagues in the US Congress to further support the country to make decisions without constraints or external pressure.

In February, the US Congress registered a resolution to support Moldova's struggle against disinformation by some East European countries in national media. The documents call for the leadership of the Russian Federation to withdraw troops and munitions from the internationally recognized territory of Moldova, refrain from economic threats or exerting pressure on Moldova, such as stopping any actions in supporting separatist movements on the territory of Moldova.

The document further specifies that the United States supports the process of peaceful reintegration of the Nistru region, giving it a special status within the country.

The resolution was recorded in the US Congress House by congressionalists David Price and Pete Olson.