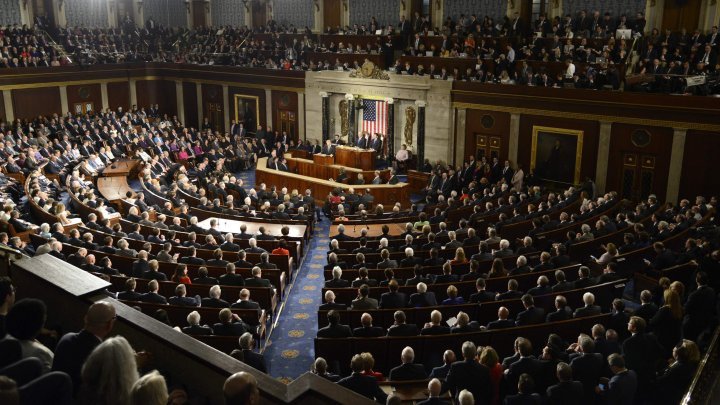 The US Congress approved the resolution expressing support for the countries of Eastern Europe and NATO.

The United States supports the territorial integrity and political sovereignty of Moldova, Ukraine and Georgia, and reaffirms its support for democratically elected governments and the people of the three countries, encouraging democratic aspirations.

The document stipulates the US commitment to supporting the three states during European integration, ensuring energy security and enhancing trade co-operation.

At the same time, the resolution condemns Russian aggression in the region and calls for the withdrawal of the troops and ammunition of the Russian Federation illegally on the territory of the three states. The document calls on allies in Europe and the United Nations to further put pressure on the Government of the Russian Federation to comply with its international commitments.

The US Congress resolution appeals to the State Department for full and active dialogue against the Russian Federation's involvement in the democratic processes of the three sovereign nations.

Over the past few days, the OSCE Parliamentary Assembly reaffirmed, in the Berlin annual session, the need for the complete withdrawal of foreign armed forces from the territory of the Republic of Moldova. Three amendments concerning the Republic of Moldova were voted, namely the peaceful settlement of the Transnistrian conflict, the withdrawal of Russian troops from the country's sovereign territory and the transformation of the peacekeeping mission into a civilian mandate with an international mandate.

At the same time, NATO member countries, meeting at the Brussels summit, on Wednesday called for the withdrawal of Russian military forces stationed on the territories of the Republic of Moldova, Georgia and Ukraine, without the consent of the three countries, in line with international commitments. In the statement included for the first time in the final declaration of a NATO summit, the support given to the territorial integrity and sovereignty of Ukraine, Georgia and the Republic of Moldova is reiterated within internationally recognized borders.

The three resolutions of the US Congress, the OSCE Parliamentary Assembly and the NATO Summit take place in the context of the UN General Assembly's approval in June of a resolution on the withdrawal of Russian troops from the Transnistrian region.
AFLĂ imediat Știrile Publika.MD. Intră pe Telegram