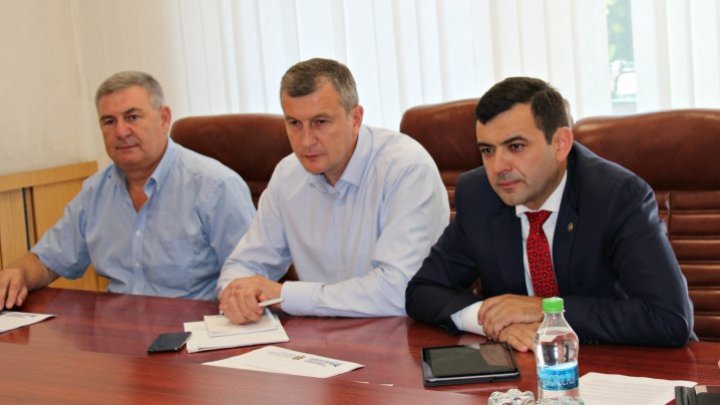 Minister of Economy and Infrastructure, Chiril Gaburici, discussed today with representatives of KVG company from the United States of America who are interested in investing in production in the Balti Free Economic Zone (FEZ) (Mărculești International Airport).

Chiril Gaburici mentioned that identifying potential investors interested in the development of Marculesti International Airport, as well as potential residents of the Free Economic Zone, are among the objectives of the Ministry of Economy and Infrastructure.

The minister urged the US company to develop businesses in the Republic of Moldova and benefit from the advantages offered by the FEZ, including a range of fiscal and customs facilities. For example, foreign companies expanding their businesses in our country have been mentioned, such as Draexlmeier, Sumitomo, Gebauer & Griller, Fujikura, etc.

In this context, Chiril Gaburici presented to potential investors the positive results recorded last year by the seven FEZs.

"Last year, the total investment volume was nearly $ 350 million, nearly 23 percent more than in 2016. At present, nearly 200 residents have more than 12,000 employees, almost double that they were in the previous year. We are open and we make every effort to become competitive for investors so that we succeed in the next two years to double both the volume of investments and the number of employees in the FEZ, "said Chiril Gaburici.

In turn, US company representatives said:

"We invested in the Republic of Moldova and we want to stay here".
AFLĂ imediat Știrile Publika.MD. Intră pe Telegram