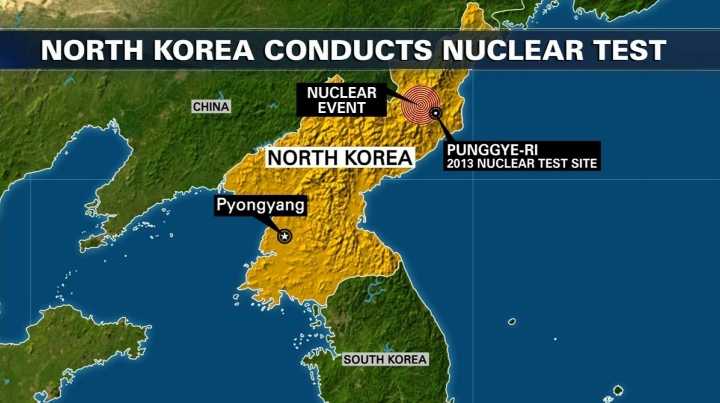 The U.S. and China are locked in negotiations over curbing North Korea’s energy trade in response to its fifth nuclear test last month, according to four diplomats from United Nations Security Council countries with direct knowledge of the talks.

The world’s two biggest economies -- both of whom can veto any resolution -- are discussing restrictions on North Korea’s trade in coal, iron ore and crude oil, according to the diplomats, who asked not to be named because the discussions are private. Other nations also considering separate sanctions against North Korea once the Security Council acts, the diplomats said.

The U.S. and its allies are seeking to further tighten sanctions against Kim Jong Un’s regime to prod him into abandoning a pursuit of nuclear weapons that has only intensified in recent years, with the latest test coming Sept. 9. The measures stand little chance of success without support from China, which has kept its neighbor from collapsing to avoid both a humanitarian crisis and the presence of American and South Korean troops on its border.

“The U.S. wants to strangle North Korea, but is asking China to be the executioner,” said Shi Yongming, an associate research fellow at the Foreign Ministry-run China Institute of International Studies.

In a statement to Bloomberg News on Tuesday, China’s foreign ministry confirmed that it’s in “negotiations with relevant parties" on North Korea without responding to questions on details, including whether restrictions on energy are under discussion.

It said the Security Council should take further actions which are “conducive to solving the nuclear problem on the peninsula and maintaining peace and stability."

The foreign ministry added that it opposes unilateral sanctions against North Korea and defended its record in enforcing past Security Council resolutions. It vowed “serious punitive actions" against companies or individuals that violate those resolutions.

“We’re willing to cooperate with relevant countries under the condition of mutual respect and on equal footing, but at the same time oppose any country’s so-called long-arm management of Chinese entities or individuals according to its internal laws," the foreign ministry said.