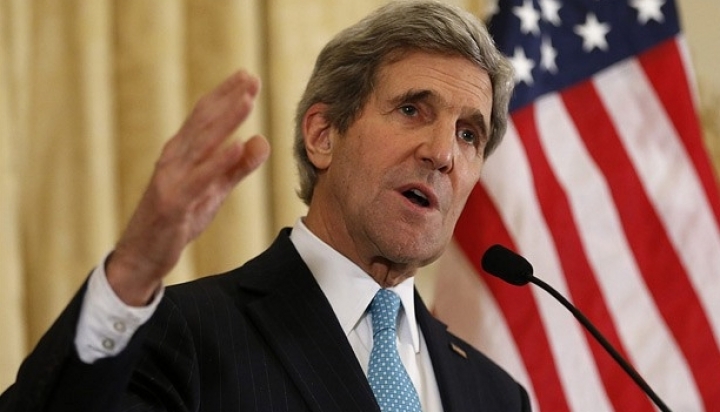 Ongoing attacks carried out by Syrian and Russian troops on Syrian civilians "are acts that beg for an appropriate investigation of war crimes," said US Secretary of State John Kerry on Friday.

In his remarks to the press, Kerry said Syrian forces struck a hospital overnight, injuring 100 people and killing 20.

"Russia and the regime owe the world more than an explanation about why they keep hitting hospitals and medical facilities, children and women," Kerry told reporters alongside French Foreign Minister Jean-Marc Ayrault in Washington.

"This is a targeted strategy to terrorize civilians and to kill anybody and everybody who is in the way of their military objectives."

The comments further illustrate the deteriorating relations between Moscow and Washington over Syria. Earlier this week, the US suspended its cooperation with Russia on Syria after a September 9 ceasefire agreement fell apart.