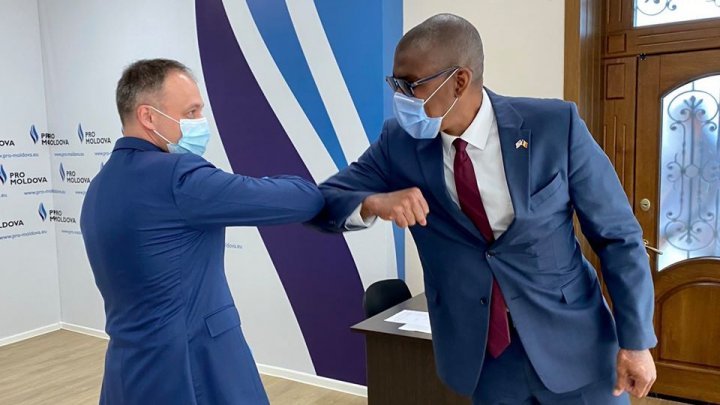 The US Ambassador to Moldova Dereck Hogan had meetings with several Moldovan politicians. During the meeting, the leader of Pro Moldova, Andrian Candu, the president of the DA Platform, Andrei Năstase, and the head of PDM, Pavel Filip, discussed with the diplomat about the political situation and the economic crisis caused by the coronavirus pandemic.

Andrian Candu stated that the only concern of PRO MOLDOVA is overcoming the economic crisis and its effects on the people in our country.

"A government brings the country back on track and a majority works in the interest of the country's people. These are the goals we are pursuing at this time," said Andrian Candu.

PPDA leader Andrei Năstase presented to Ambassador Derek Hogan the proposals of the DA Platform on the current situation of Moldova, as well as the difficulties of the current government to identify solutions to mitigate the damage inflicted on the citizens and the whole business environment.

In the talks with the US Ambassador, Pavel Filip said PDM considers that Moldova does not need a political crisis, superimposed on the crisis in health and the one in the economy.

"PDM condemns the attempts to destabilize the situation in the country by corrupting the deputies from the parliamentary majority. We also discussed possible scenarios. Those who want to throw the country into chaos in these circumstances do not think at all for the good of the citizens,".