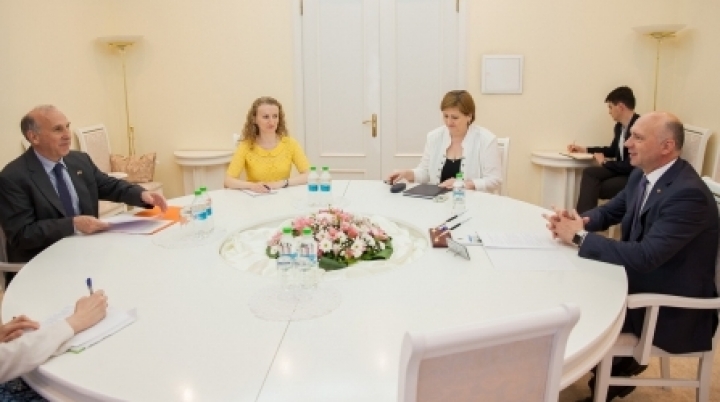 Prime minister Pavel Filip has met US ambassador to Chisinau James D. Pettit and has discussed about the implementation of the reforms agenda and about the steps meant to accelerate Moldova’s relations with the foreign partners.

Pavel Filip has thanked the Washington administration for the sustainable support and assistance in modernizing the country and promoting the democratic values.

The premier has talked about the Cabinet’s current priorities and objectives in the coming period, mentioning that carrying out the Roadmap of reforms and stabilizing the financial-economic situation are crucial.

The Cabinet head has underlined the good cooperation with the Legislature majority: "Up to now, we have implemented 68 % of actions and by the end of July, as was established, all the commitments in front of the citizens and development partners will be accomplished.”

James D. Pettit has said: “We are generally satisfied with the reforming steps, we feel the progress and we congratulate you. The Government works much, so we encourage you to keep up the rhythm of implementing the reforms.”

The officials have exchanged views on the settlement of the Transnistrian issue, on strengthening the relations between the two countries and on preparing to negotiate a country agreement with the International Monetary Fund, whose mission is expected earlier in July.