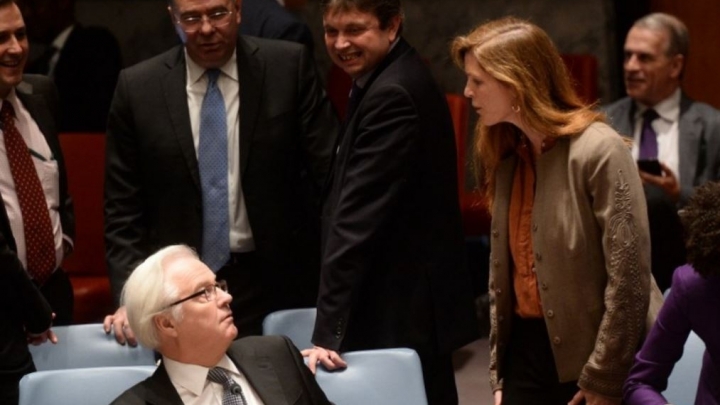 Tensions between Russian and U.S. diplomats have spilled over at the United Nations Security Council after Russian officials demanded to know whether the United States intentionally supported Islamic State (IS) militants with air strikes that hit Syrian government troops.

Russia's ambassador to the United Nations, Vitaly Churkin, walked out of the emergency meeting on September 17 -- protesting U.S. Ambassador Samantha Power's description of Russia’s call for the meeting as "a stunt."

Meanwhile, Power accused Russia of a "cynical and hypocritical' attempt at "cheap point scoring" and "grandstanding" by calling for the emergency session.

She said Moscow should, instead, demand a meeting with Syrian President Bashar al-Assad's regime in order to push for peace.

Power said Washington was investigating claims by Russia and Damascus that U.S. air strikes killed scores of Syrian government troops in the east of the country.