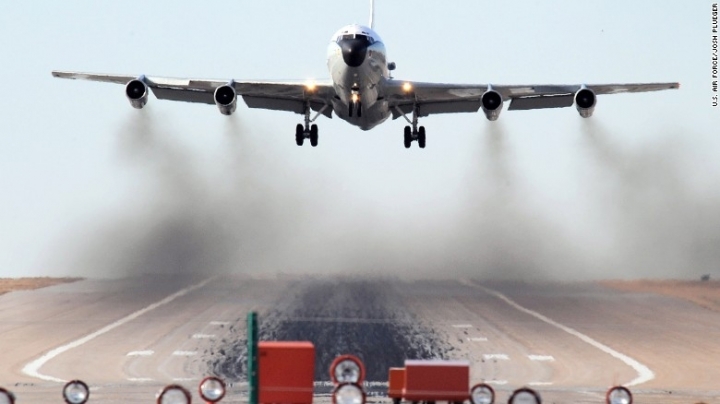 The US Air Force is expected to start flying its "radiation sniffer" jet off the Korean Peninsula in the coming hours to take air samples to see if it can determine a nuclear event occurred in North Korea on Friday morning, CNN reports.

The Air Force WC-135 jet, dubbed the "Constant Phoenix," will look for distinctive elements a nuclear test of any type would emit into the air. The collected samples can be analyzed to determine exactly what occurred.

The US Air Force's four-engine Boeing jets are equipped with external devices that collect radioactive material from the atmosphere on filter paper. The planes also have "a compressor system for whole air samples collected in holding spheres," according to an Air Force fact sheet.

The Air Force has two of the WC-135 jets that operate out of Offutt Air Force Base in Nebraska.

The United States also has ground stations in the area that will also be taking samples.

The radiation-sniffing planes have been used to monitor compliance with nuclear weapons treaties, and also monitored effects of the 1986 Chernobyl nuclear power plant disaster in the Soviet Union, the Air Force says.