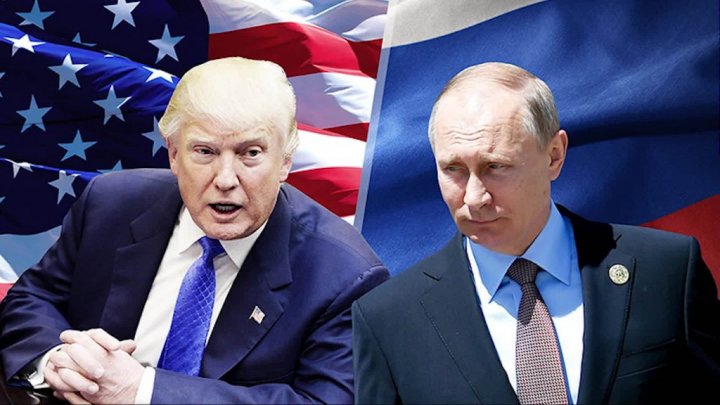 The Trump administration has imposed sanctions on 19 Russian individuals and five organizations over malicious cyber activity including the meddling in the 2016 presidential election.

Among those sanctioned are FSB, Russia's top spy service; the military intelligence agency, or GRU, and its chief officer; and 13 people indicted by special counsel Robert Mueller last month.

Mueller indicted 13 Russians last month, including a businessman nicknamed Putin's 'chef', a female spy who came to the US in 2014 to gather intel and a computer whiz who used servers to hide 'troll factory's location'.

US intelligence agencies have concluded that Russia interfered in the 2016 presidential campaign using hacking and propaganda, an effort that eventually included attempting to tilt the race in President Donald Trump's favor.

Russia denies interfering in the election.

Prigozhin is accused of funding the Internet Research Agency. He was last sanctioned by former President Barack Obama in December 2016 for 'blocking property of additional persons contributing to the situation in Ukraine'.

The 56-year-old is said to have used his businesses, Concord Catering and Concord Management and Consulting, to fund the Internet Research Agency (IRA), known as the 'Kremlin Troll factory' which was the vehicle for the alleged interference.

Prigozhin paid the salaries of the other 12 defendants indicted by Mueller last month, it is alleged, through this financial backing which prosecutors started in 2014.

The businessman is given the nickname 'Putin's Chef' because he owns restaurants favored by Putin as the venues for state dinners.

A 2016 profile of him by the Russian newsite Meduza described him as an ex-con who graduated from a boarding school only to join a gang and become convicted of attempted robbery and prostitution. He spent nine years in jail.

He gained access to St. Petersburg's elite in 1996 when he and a friend opened Staraya Tamozhnya, one of the city's finest restaurants. Until then, he had worked with his father more modesty in grocery stores and selling hot dogs.

He opened his New Island, his second restaurant, in 1997. Putin was first drawn to it in 2001 when he took the then French president Jacques Chirac there for a meal and Prigozhin served them.

He continued to cater to Putin's staff at the restaurant over the years and grew closer to them. Soon, he became the go-to caterer for official state events in Moscow.

In 2010, he launched what was billed as a good-cause initiative to feed hungry schoolchildren in St Petersburg.

Putin attended the launch of food factory to celebrate it and the initiative was funded generously by state-owned bank Vnesheconombank.

A year into the project, parents became angry when they realized the food being produced was full of additives.

He then started feeding other school children in Moscow with more success, having obtained private contracts from the city's mayor.

In 2012, he signed a $1.2billion contract which had him provide 90 percent of the meals the Russian army's soldiers consumed. The system of outsourcing the military's meals ended in 2013.

It gave him his biggest paycheck and associates said at the time he was known to pay for private jets with cash.

Throughout, Prigozhin was a dedicated patriot and was proud of his association to Putin's government.

This lucrative relationship with the state carried on until 2013 when the laws changed and outside caterers were no longer brought in to provide the military with meals.

By then, Prigozhin had earned more than $1billion from the state through the deal.

The 'troll factory' (Internet Research Agency) was founded that same year. Though Mikhail Bystrov was named as its owner and CEO, Russian journalists learned of Prigozhin's connection to it early on.