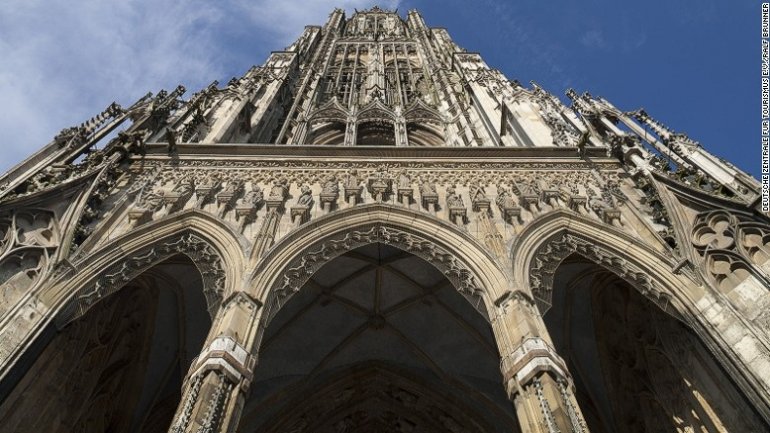 The tallest church in the world is under attack -- and the aggressor is human urine, CNN reports.

The magnificent 531-feet-tall (162-meter) steeple of Ulm Minster dominates the German city of Ulm, which lies on the River Danube in Baden-Württemberg.

But now officials responsible for its upkeep say the stone base of the Gothic tower, which has long acted as a lightning rod to late-night revelers looking to relieve themselves, is being eroded by salt and acids in the urine, Südwest Presse reports.

"I've been keeping an eye on it for half a year now and, once again, it's coated with urine and vomit," Michael Hilbert, the building's head of maintenance, told Südwest Presse. "This is about preserving law and order."

With festive season just around the corner, and a wine festival and Christmas market scheduled to take place in the Münsterplatz town square, Hilbert says organizers need to take responsibility for supplying public toilets.

A city spokeswoman admitted to Südwest Presse that "as long as there are people," a workable solution will be hard to find.