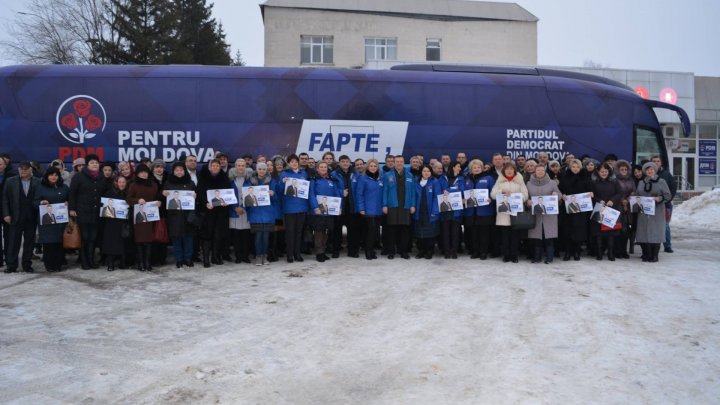 PDM priorities for development of the country were presented to locals of Edineţ district. PDM delegation also visited Hincăuţi village where the most urgent problems were addressed - lack of potable water and sewage.

Clișcăuți and Poiana villages have to face problem of dry wells which account for 60 percent.

Local authorities drew up a project to tackle the problem but failed to implement it due to lack of budget.

"Village residents collected money for the project, it was paid, it was started but we couldn't carry on the project because we had no further help", a woman said.

Cristina Lesnic, PDM candidate for the election assured that one of PDM's priorities is to connect the villages to aqueduct and sewerage.

"We have a project that will be national "Good Water for Moldova ", every resident in every commune that needs potable water will have access as it's implemented", declared Cristina Lesnic, the candidate of the Democratic Party of Moldova.

Cristina Lesnic also visited a pensioner couple in Hincăuţi. The pensioners said they observed the government's works and appreciated the social package carried out, including holiday support of 600 lei as well as 10$ increase of pensions.

"This team has done a great deal for Moldova and I am glad that what they are talking about. We, the elderly, believe more in actions not words", said Petru Pulbere, a resident of Hincăuţi commune.

Deputy Oleg Sîrbu is the candidate appointed by PDM in the constituency no. 3 in Edineţ.