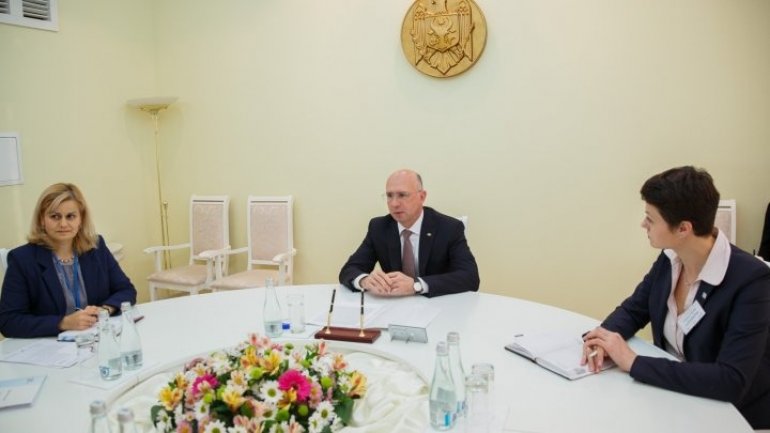 Prime Minister Pavel Filip met today with Eurostat Director General Mariana Kotzeva. The parties discussed the activity of the National Bureau of Statistics (NBS) of the Republic of Moldova and the importance of developing a modern statistical system based on European best practices and requirements.

The Head of the Executive said that the improvement of the legal framework in the field, according to the European standards, was one of the commitments assumed by the EU-Moldova Association Agreement.

"Everything about statistics and NBS activity is very important to us. The more statistical data we have and the more accurate the data is, the easier it is to build state policies, "he said.

Pavel Filip also referred to the actions taken to strengthen the national statistical system. In this context, the parties discussed the opportunities for the National Bureau of Statistics to be granted the status of an independent institution, as well as the creation of the National Census Commission.

Officials also exchanged views on preparatory work for the general agricultural census as well as on the World Census 2020 population and housing census.

The prime minister said that the mistakes made in the 2014 census will be taken into consideration and the Government will make the enormous effort to make the new census organized efficiently with the use of modern information technologies.

In turn, Eurostat Director General Mariana Kotzeva appreciated the efforts of the Executive, expressing the openness to provide the necessary support in developing a sustainable statistical system by sharing the experiences of European states in the field.

Eurostat is the EU statistical office responsible for publishing comparable statistics on the situation and developments in the Community.