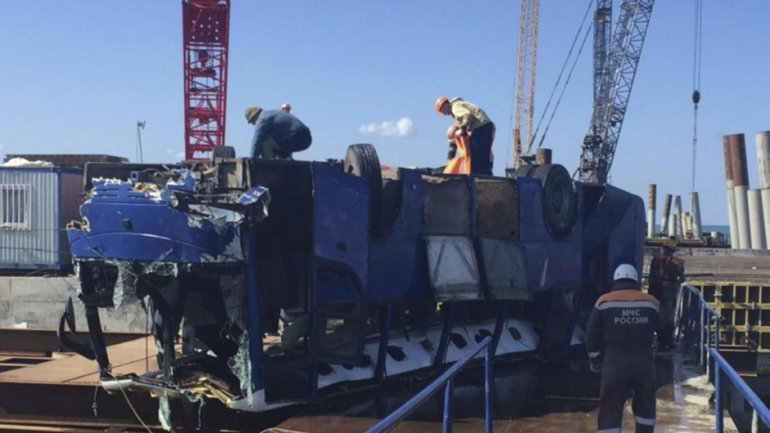 foto: The damaged bus was hauled from the Black Sea after plunging off a pier while carrying construction workers near Volna Reuters

At least eighteen people have been killed when a bus plunged into the Black Sea in southern Russia early .

Eight more people were injured, five of them seriously, Interfax reports, quoting the emergency ministry which carried out rescue works.

There were more than 40 people on the bus, which fell from a pier, several metres high and part of oil shipment infrastructure on the Black Sea coast.

The crash was likely caused by a failure in the vehicle's braking system, said Oteko Portservice company, which runs the shipment facility.

A picture from the scene, published by the emergency ministry on its website, showed divers on two boats searching waters underneath the pier.