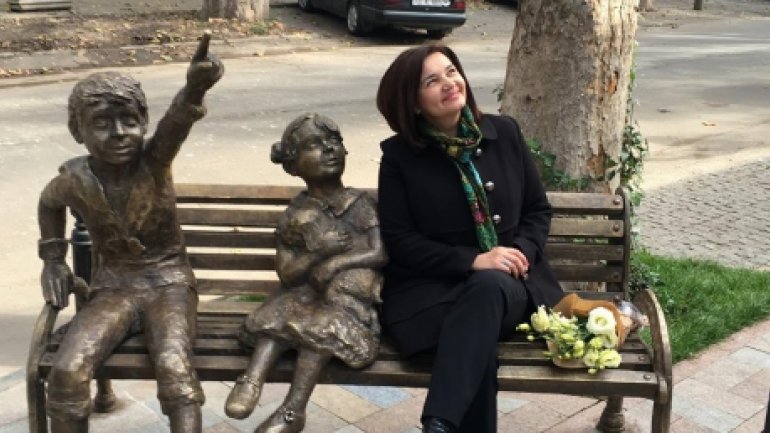 Chisinau becomes even more beautiful. Recently, a bench with two children who are looking up at a cat and a bird was installed on  August 31, 1989 street.

The Culture Minister Monica Babuc announced the architectural masterpiece on a social network.

According to Internet users, the work belongs to sculptor Veaceslav Jiglițchi..