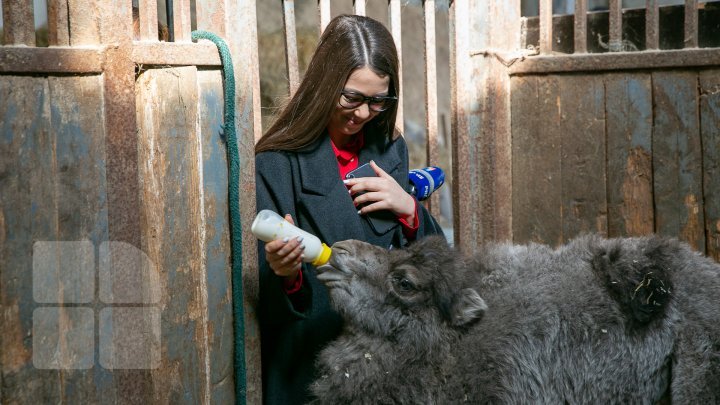 The first camel baby was born in Chisinau Zoo, an unprecedented event of institution. The baby is male, yet named and two weeks old.

Sadly, his mother refuses him while his father died of age before his birth.

He is taken care now by zoo's caregivers.

According to the administrators, he consumes up to six liters of goat milk daily. His mother refused him and no longer have milk to feed him.

"He is fed six times per day, every 3-4 hours. He eats more gradually," said Olga Iuzvac, administrator of Chisinau Zoo.

The little camel is kept in isolation from the world outside and will be visited once he becomes stronger.

His mother, Zara, 7 years old was brought from a camel farm in Astrakhan, Russia. This is her first child. She continued ignoring the child after seven days the administration tried in vain to keep them closer.

"According to a statistic, female camels who are at their first birth have no maternal instinct. We brought him closer to her but none of them approached each other", said Vitalie Buşev, Zootechnical Chief of Chisinau Zoo.

Baby boom is indeed good news for our zoo. Administrators say there are 18 babies born in this spring. A donkey baby appeared yesterday in the world.

According to the administration, over 20 babies were born last year. Among them were 4 polar wolves. The Zoo in the Capital has over 1,100 babies of 150 species of animal, birds and reptiles.