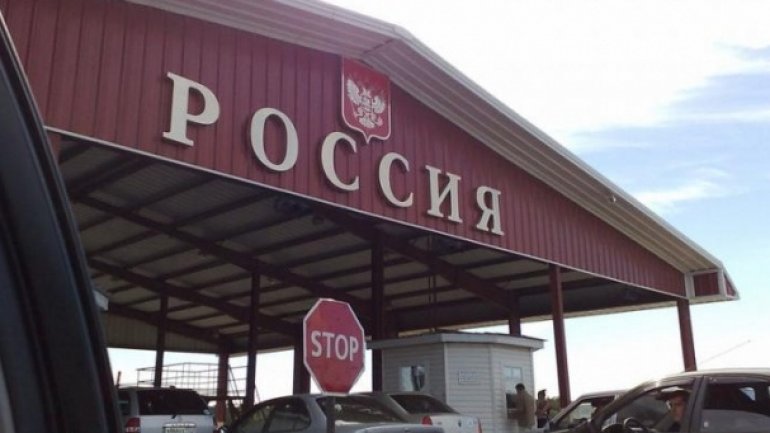 The speaker of Parliament Andrian Candu and Prime Minister Pavel Filip held a meeting with Russian Ambassador to Moldova Farit Muhametşin. The meeting was attended by the Minister of Internal Affairs Alexandru Jizdan, Justice Minister Vladimir Cebotari and a representative of the Ministry of Foreign Affairs and European Integration.

The topic of the discussion was the submission of a report to the Russian Federation authorities that signals a series of abuses committed against officials from the Government, intelligence services and ruling coalition parties in Moldova.

The Ministry of Foreign Affairs and European Integration of Moldova has previously reported these abuses, but they went unanswered.

The note highlights that Moldovan officials are being stopped at the entrance to the Russian Federation to be questioned, searched in an unacceptable manner by representatives of the Russian special services. The Moldovan side considers such behavior to be both inappropriate and unjustified.

The note outlines that some institutions in Moscow tried, on numerous occasions, to start international monitoring on several Moldovan politicians, including MPs, using false information. Their abusive requests were rejected under reasons of obvious attempt of harassment on Moldovan officials.

There have been registered over 15 requests per person and the request was rejected every time.
Consequently, the institutions of the Russian Federation have started a new form of abuse, trying to start “international monitoring” of the aforementioned officials through use of bilateral relationship of Russia with certain countries with hope that the information will not be checked and the falsehood of the evidence will not emerge. . As a result, the Moldovan authorities started communication with these countries in order to stop this abuse.

The abuse through harassment of Moldovan officials at the entry into the Russian Federation and start of international monitoring started when Moldovan investigators have discovered a money laundering case involving 22 billion dollars from the Russian Federation through Moldindconbank. The harassment intensified imediately after bank officials have been arrested and judges were put under accusation with some of them having already been sent to court, and again after requests to the Russian Federation by Moldovan investigators to obtain more information. The investigation revealed links between laundered money identified in the case and an attempted bribery of deputies in the Parliament of Moldova.

During recent months, at least 25 Moldovan officials were stopped and treated abusively at the entry into the Russian Federation.

The report singles out the abuse on officers of Moldovan institutions that take part in the investigation. Notably, an employee of the Ministry of Internal Affairs has had no less than 35 cases of abusive treatment when entering or leaving a Moscow airport.

Another concern expressed is linked to the total lack of cooperation from law enforcement bodies of the Russian Federation with Moldovan investigators in the money laundering case, as they refuse to respond to requests sent by Moldovan prosecutors.

Thereby, several bilateral agreements have been violated, along with an international agreement to which Russian Federation is signatory.

The speaker of the Parliament and Prime Minister have notified the Russian Ambassador Farit Muhametşin about the fact that they have been notified by law enforcement institutions in Moldova about several types of risks related to Moldovan officials travelling to the Russian Federation.

As a result, it was decided that an official report be sent to the Russian authorities to call for immediate action in order to stop the abuse. In addition, the Russian Ambassador notified to solve this problem. Until such action, Moldovan officials will be asked to refrain from traveling to the Russian Federation.

Both in the note sent to Russia, and during the discussion held with Ambassador Farit Muhametşin, the Speaker of Parliament and Prime Minister mentioned that the data analyzed so far shows that the nature of the problem may not be a political one as these actions were initiated at the indication of one of the Russian special services whose representatives tend to conduct the interrogation of Moldovan officials when they arrive in the Russian Federation. Russian politicians are therefore invited, in good faith, to clarify the situation.

The Parliament Speaker and Prime Minister have expressed their conviction that the delicate situation will be cleared up in no time, the abuse will be stopped, and those who directed these actions will be held accountable. Moldova wants cordial and constructive relations with the Russian Federation based on mutual respect and cooperation in the interest of both countries.

President Igor Dodon has posted in social media he is not aware of the abuses pointed out by the the Parliament and the Government .

He says their decision risks to freeze the Moldo-Russian relations and announces he'll go to Moscow on March 17 - 18.