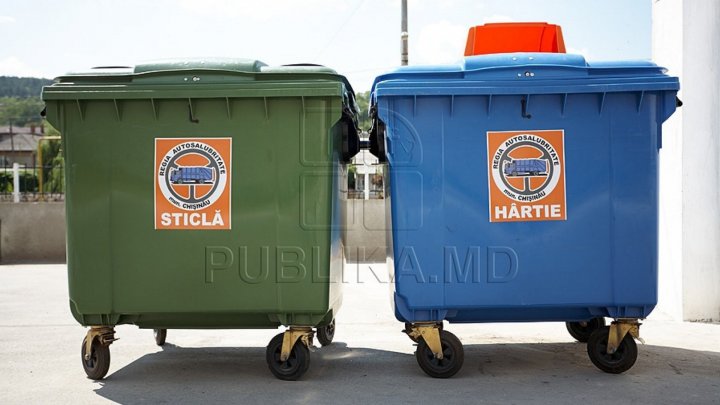 Inhabitants of a block on Suceviţa st. in Buiucani sector of Chisinau complain about unauthorized waste bins.

People say they can't open the windows due to the unpleasant smell and they're afraid to leave the children in the yard because stray dogs are walking around.

Although they sent countless requests to the responsible authorities to relocate the trash bins but the issues remain unsolved.

These trash bins were put into operation two years ago.

They say the waste of nearby restaurants and inhabitants of other ten blocks of flats are stored here.

"It's quite difficult to go out with the kids because there's a lot of waste".

"We also addressed the Buiucani authority, they told us that problem was impossible. There were no arguments at all", said Mihai Cernobrovciuc, administrator of the residential building.

People from the Housing and Commune Directorate say that these trash bins were placed there many years ago before the new block.

"We will try to go with the authority to find an alternative".

According to official data, there are 573 waste collection platforms in total.