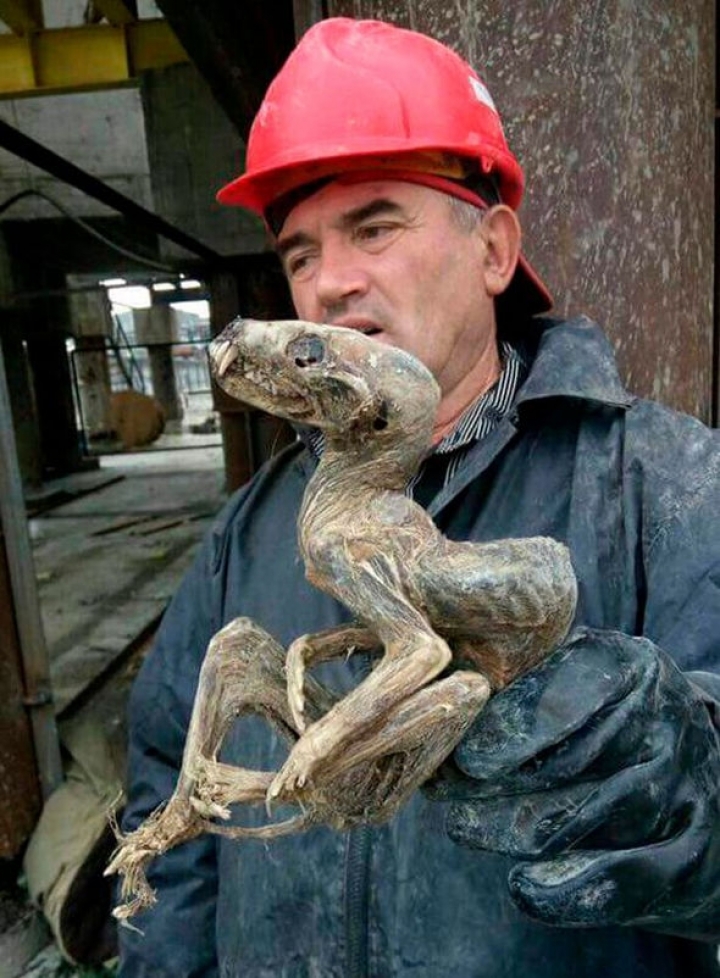 A group of miners have stumbled upon a bizarre find in the remote regions of Russia, with some believing that it could either be an extinct type of wolverine or a newly discovered dinosaur species, informs express.co.uk.

The diamond miners found the “monster mummy”, as they call it, in Siberia while on the job.

The freaky creature was found in the frozen sand in Udachny in the Mirninsky District of the Sakha Republic, Russia.

Due to the freezing conditions over there, with the average temperature ranging from minus 43.6C to minus 35.2C in January, the mummified beast is almost perfectly preserved with fangs and toe nails still intact.

Furthermore, the diamondiferous sands in which it was discovered date back to the Mesozoic Era – between 252 and 66million years ago – otherwise known as the ‘Age of the Reptiles’ as dinosaurs ruled the lands.

The remains of creature are now being taken to Yakutsk to be examined by scientists who hope to get to the bottom of the mystery.

This isn’t the first time the perfectly fossilised remains of something weird has been found in the frost of Siberia.

Back in March, a dog that was frozen in Siberian permafrost more than 12,000-years ago was thawed by scientists.

The prehistoric animal was a now-extinct species of dog which is believed to have met its maker some 12,400-years ago.

The dog was so well preserved that it is the first creature from that era to still have its brain intact.