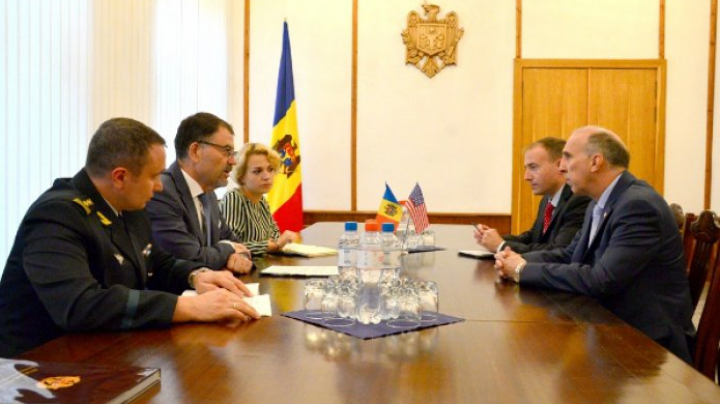 The United States still remains a strategic partner for Moldova and will further back the reforms and projects initiated with Moldova in all the fields. U.S. Ambassador to Moldova James D. Pettit made the statement at a meeting with Defence Minister Anatol Salaru on 8 September, Moldpres informs.

According to a press release by the Defence Ministry, the bilateral cooperation in the military sector, reform of the National Army and regional situation were the main issues between the two officials.

Salaru thanked for the support of the American government in implementing the programmes on reforming national defence sector, as well as for the financial assistance for participation of the National Army servicemen in training and multinational exercises, including in the American military educational institutions.

Salaru reiterated that one of priorities of the national military institution was enforcement of Defence Capability Building Initiative, an indispensable prerequisite for reforming the National Army.