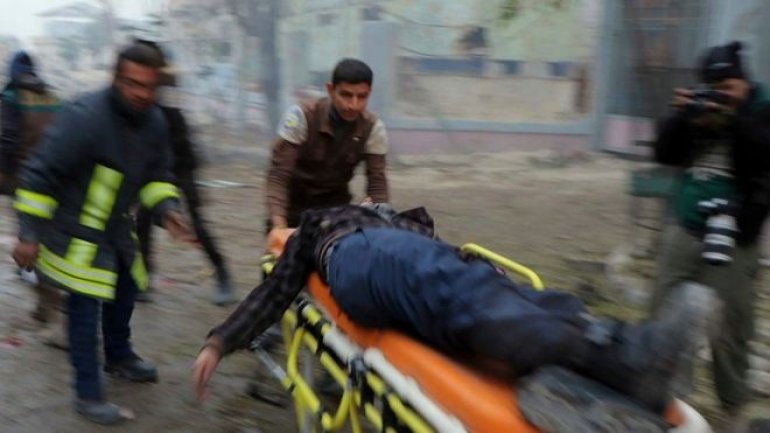 A top UN envoy has warned the Syrian city of Aleppo risks becoming "one giant graveyard" as the government advances on rebel-held areas, reports BBC.

Stephen O'Brien pleaded with UN Security Council members to protect civilians "for the sake of humanity".

At least 34 people died in the latest shelling of government and opposition-controlled areas, reports say.

Troops and militiamen have retaken more than a third of the rebel-held eastern part of Aleppo since the weekend.

Stephen O'Brien, the UN's humanitarian affairs chief, made the comments as the Security Council met for an emergency session to discuss the crisis in the city.

"For the sake of humanity we call on - we plead - with the parties and those with influence to do everything in their power to protect civilians and enable access to the besieged part of eastern Aleppo before it becomes one giant graveyard," he told the council.

An estimated 25,000 people have been displaced, he added, while for those inside opposition-controlled areas some are so hungry they are reduced to scavenging.

In an apparent reference to the rebels themselves, he said there were reliable reports that "non-state actors" were preventing civilians fleeing.

Aleppo was Syria's largest city and its commercial and industrial hub before the uprising against President Bashar al-Assad began in 2011.

For much of the country's civil war the city has been divided into government- and rebel-held areas.