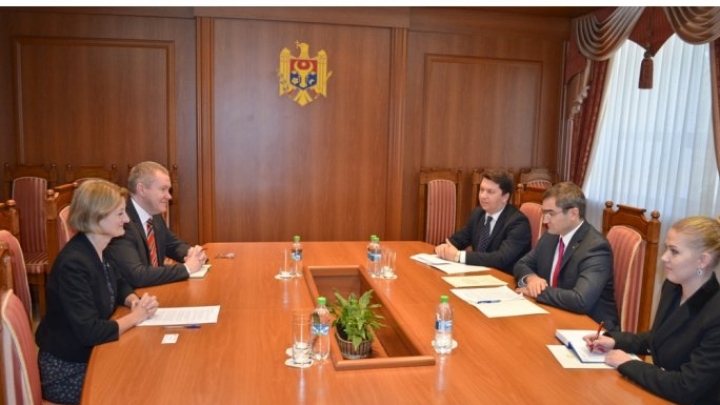 Deputy Minister Darii wished the Ambassador Lucy Joyce success in his new capacity and ensured him of the Moldovan side’s full support.

The officials expressed mutual interest in enhancing the bilateral political dialogue and diversifying economic relations and trade exchanges. The Moldovan Deputy Foreign Minister underlined the importance of the UK support in the process of democratic, economic and social transformations in the Republic of Moldova. In particular, he expressed gratitude for the assistance within the frameworks of the Good Governance Fund of the British Government.

For her part, Ambassador Lucy Joyce assured the Moldovan official of the readiness of the authorities in London to further support the reform process our country is pursuing.