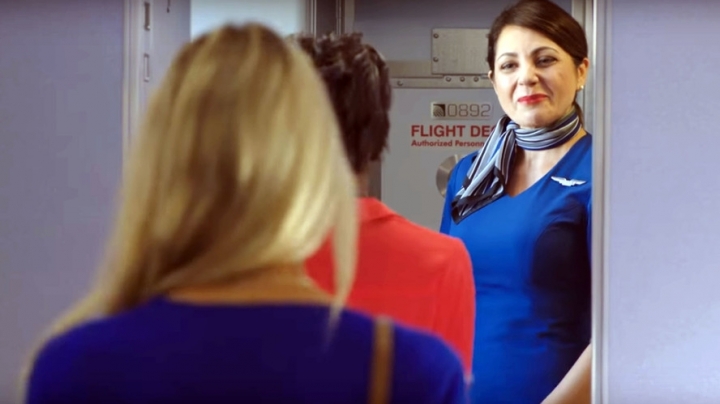 A United Airlines passenger has complained of discrimination after she was moved to make way for two "Pakistani monks" who did not want to sit next to a woman, Independent informs.

Mary Campos was leaving California on a plane bound for Houston when a member of the gate staff reportedly informed her that her pre-booked seat had been changed.

He then explained that due to the two passengers’ "cultural beliefs", they could not sit next to or talk to a woman. The men were described as Pakistani monks by Ms Campos, and were reportedly wearing long orange shirts. No other information was available on the men's ethnicity or religion.

They could also not be served by female staff, she was told.

Ms Campos, a senior consultant in the oil and gas industry from Coto de Caza, told CBS that she was “shocked”, but had no choice but to take her new seat.

In a letter to United Airlines, she wrote: "What if I were handicapped or transgender? What if your entire crew were female? Any belief that prevents individuals from interacting with females should not travel on commercial aircraft."

The airline responded to say they would look into the matter.

In a statement, the airlines wrote: "We regret that Ms Campos was unhappy with the handling of the seat assignments on her flight.

"United holds its employees to the highest standards of professionalism and has zero tolerance for discrimination."

Ms Campos said she did not want to sue the airline, but insisted that they apologise to every woman on the plane, including staff.

“I thought I lived in a culture where females were equal to men,” she said.

She also wanted the company to change their policy to protect women’s rights.