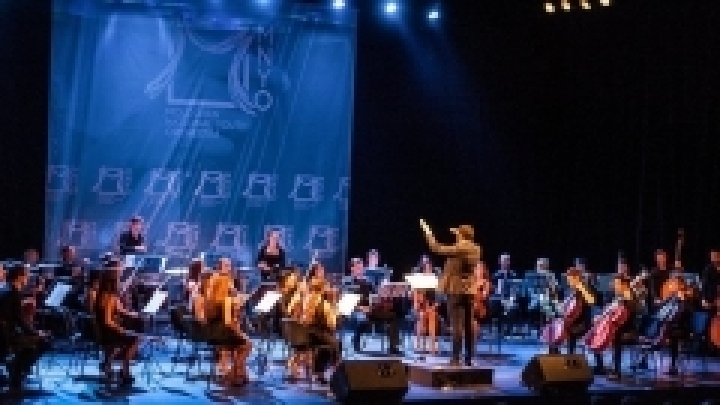 Enescu, Mahler and Weinberg classical music sounded last night in the Great Hall at the Moldovan Palace of the Republic. The crowd were  excited about the concert organized by the Moldovan National Youth Orchestra. The 100 young musicians from six countries have performed alongside famous soprano singer Valentina Nafornita.

The young musicians have thoroughly prepared the concert.

"There were intense rehearsals, but with plenty of good music having Valentina along. We could be in contact with such singers, representatives of classical music" , said Marian Andriano, director of Moldovan National Youth Orchestra.

Valentina Nafornita performed several songs for the public: "Six George Enescu songs, Clement Brown lyrics, for the first time. I always feel good when you come home. I can only feel positive emotions and joy and happiness. "

The audience was impressed by the concert:

"We come to the concerts organized by orchestra on the first occasion and today we even had the chance to listen to Valentina Naforniţă".

"I am astonished, it's very interesting. I am amazed and proud of these young people in our country."

"First I want to welcome here, all the project partners. The general partner, which is the "Edelweiss" foundation of Mr. Vlad Plahotniuc, which offered the most generous support for this Chisinau Youth Orchestra project, every time and even from the start and this it is very important."

This summer, more than four thousand people attended Moldovan National Youth Orchestra concerts. The season will end with a concert in Kiev.