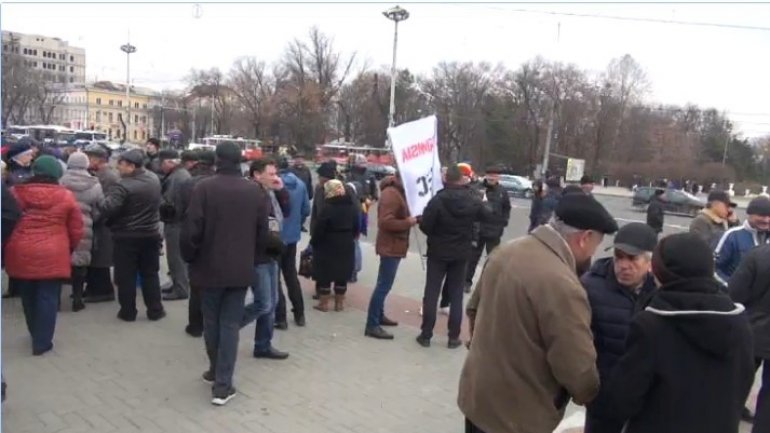 A new fail for unionists after they gathered a protest after the results of presidential election. About one hundred people gathered on November 20th, they gathered in the Great National Assembly Square in the capital. The small number was also recognized by the organizers of the demonstration.

"Stay home. We have Igor Dodon as a socialist president for four years, we can not organize a protest. We are very few today" said the president of the Civic Youth Movement of Moldova, Anatol Ursu.

Some protesters demanded the cancellation of the results of the second round, repeated elections and the resignation of President of Central Election Commission. This time, the protesters carried Moldovan and Romanian flags. Such demonstrations were held in the Diaspora, where just a few dozen of people have protested.

The protest was attended by "Dignity and Truth" Party leaders, including Vasile Nastase, the DA president's brother, and Valentin Dolganiuc. The representatives of the party, behind which sit Topa mobsters claim that the elections were a fraud and protest actively, including on social networks.

After Maia Sandu's failure in the elections, the Dignity and Truth Party deputy, Liviu Vovc, and another activist of the party, Alexandru Cozer, has harshly criticized the actions of Maia Sandu, but also representatives of local organizations and the Solidarity and Action Party.

PUBLIKA.MD recalls that the Socialist Igor Dodon has won the presidential elections with over 52 percent of voters.