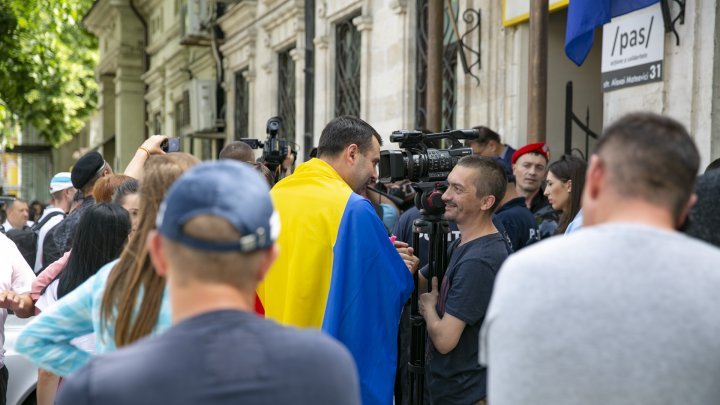 Decision of PAS party to give in Socialists the post of Parliament President provoked protesters at PAS headquarter. According to police, over 200 people rallied including unionists and war veterans.

Most people were disappointed that PAS leader, Maia Sandu, ignored them and din't come to talk with them.

"Down with the traitors!" shouted the protesters.

People said that Maia Sandu let the voters down and accused her of handing Moldova to Russian hands.

"How could you walk on Greceanîi's hands. This is treason. How could you vote Greceanîi as speaker and remain pro-European?", said Vasile Costiuc, President of Democracy Home Party.

"She gave people macaroon and said - Ok, let's make the country democratic- but where is democracy?", said another protester.

Meanwhile, rallying people demanded Maia Sandu to come and talk with them. However, the party leader decided to ignore protesters.

"Guys, don't expect from them anymore. Their brains are not working. They are impotent. They don't have courage to come and face the people, the people in our country", said another rally participant.

People said they would continue on Friday at 15:00 in front of Ştefan cel Mare monument in city center.