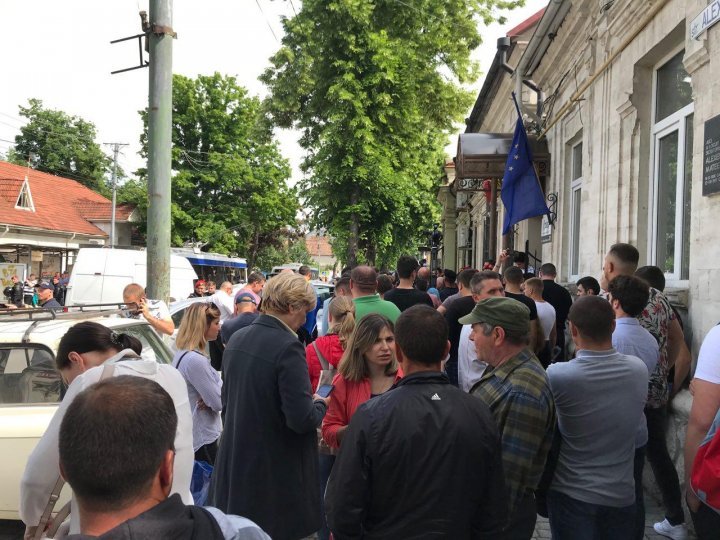 (Update 15:40) We are war veterans and we know how to protect our motherland, mentions a combatant.

(UPDATE 15:30) Several ACUM deputies went out to discuss with protesters. However, Unionists and combatants requested to talk with PAS leader Maia Sandu.

An unionist said he was disappointed with the deputies's attitude, "How could you vote with Zinaida Greceanîi?" said the protester.

The rallying people didn't like the PAS's decision and refused Zinaida Greceanîi as a solution.

Unionists and combatants begun gathering to protest in front of PAS headquarter at 15:00 after the party decided to give in Socialists the post of Parliament President.

Representatives of party Democracy Home urged everybody who disagreed with PAS's decision to come and rally in front of the party headquarter.