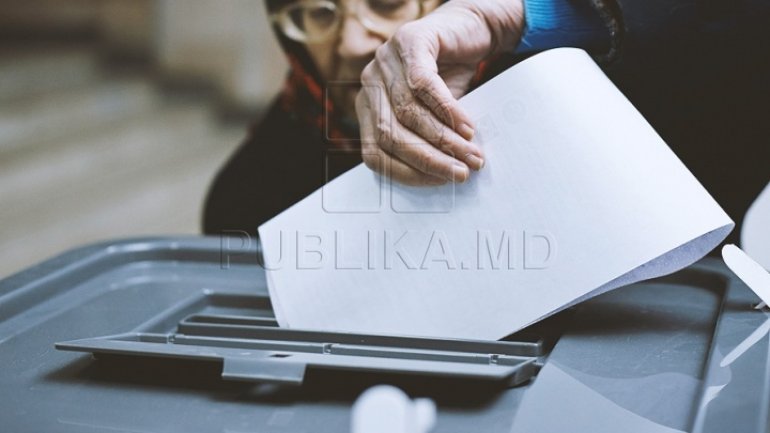 The uninominal voting will ensure the best candidates enter the Parliament. This electoral system will enable the voters to control the MPs’ work, too. It will be possible to sack the lawmakers, unless the fail to meet the requirements. These and other details of the uninominal voting were discussed at two debate rounds on the matter.

The first debates occurred on March 31 in the Parliament and were attended by over 100 people representing politics, civil society, ethnic and mayors associations.

"Modifying the electoral system will bring about a series of advantages, the pivotal being: the voters will elect the MPs they know, trust and come from the their constituency," said MP Sergiu Sîrbu, one of the authors of the bill.

"When there is a uninominal candidate we’ll fight for him, we’ll fight there is no fraud in that sector, we’ll monitor the money if it comes from abroad,” said the president of a veteran association, Ghenadie Cosovan.

"I stand for loyal competition, meritocracy and for Moldova to have a future. I support the uninominal system," said Teo Cârnaţ, a professor in Constitutional Law.

Some attendees stand for a mixed system.

"It makes a personalized link between the voter and the deputy. It insure more access to decision making to citizens, makes the political parties les corrupt and renders back the citizens’ trust in the Legislature, reintegrates the country by including the Transnistrian area," said Alexandru Luncari from the Popular Party from Moldova.

The second round unfolded on April 5 and referred to the criteria of outlining the constituencies. The new system provides for setting up 101 steady constituencies, including in the Transnistrian area and overseas.

"The criteria and mechanisms of constituting these constituencies shall be clearly outlined in the law and not put on the shoulders of the Central Electoral Commission, because it implies politics, too," said CEC president Alina Russu.

So far, the authors propose that the seats destined to the MPs from the Transnistrian region should stay void until the settlement of the conflict.

"The Constitution provides the Parliament is made of 101 deputies. They will be 101, only it is possible not all the seats will be occupied. It’s absolutely legal to have a reserve of seversal seats," said Sergiu Sîrbu (PDM.)

"Since it’s necessary not to allow the party to degrade, and the inhabitants from the Transnistrian area and abroad must have the possibility to vote, a mixed system seems more adequate," said Nicolai Terzi, the president of the Gagauz Community.

The number of constituencies abroad will be established in function of the number of Moldovans there. Parliament President Andrian Candu suggests one should take into consideration the laws of the countries lived by Moldovans, since some forbid setting up polling stations elsewhere than diplomatic missions.

"We must insure everybody’s right to vote, and we must offer the best representation to them, the one they have not had up to now. In fact this was the authors’ intention when they launched the draft on the uninominal voting," he said.