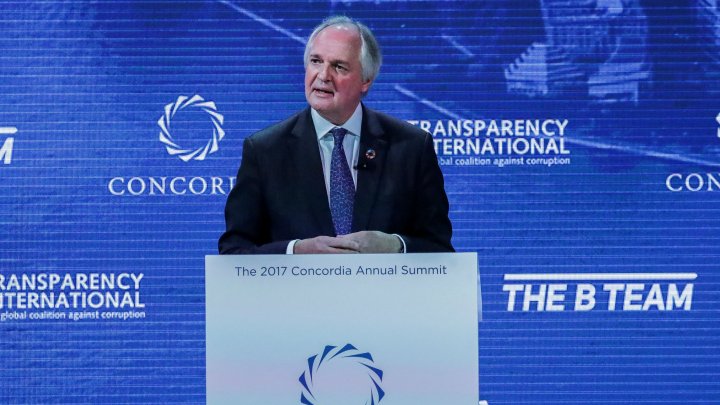 Unilever is the world’s second biggest advertiser. And it will pull its advertising from tech giants like Facebook and Google if they fail to improve transparency about news, protect children from extremist and toxic online content, and move to build public cohesion rather than division, the company’s top marketing executive will say in a speech today.

“As one of the largest advertisers in the world, we cannot have an environment where our consumers don’t trust what they see online,” Keith Weed, chief marketing officer at Unilever, will say to major advertising, media and technology companies at the annual Interactive Advertising Bureau conference in Palm Desert, California. (Unilever provided a copy of the speech to Quartz.) “We cannot continue to prop up a digital supply chain—one that delivers over a quarter of our advertising to our consumers—which at times is little better than a swamp in terms of its transparency.”

Trashing tech is gaining steam recently. Governments are fining the Silicon Valley titans, seemingly everyone—including tech executives themselves —want them to be regulated, and a steady stream of insiders are coming out against them, saying that their products are designed to hijack your attention, keeping you from accomplishing any of your own goals, whether that’s getting work done or building actual human relationships. Roger McNamee, an early Facebook investor, said last week that he was speaking out against Facebook because he had “contributed to creating something that created great harm.” Speaking at Truth in Tech, a Washington, DC, conference dedicated to examining the effects of technology on kids, McNamee said that he tried to engage Facebook CEO Mark Zuckerberg and COO Sheryl Sandberg privately to fix the problems they helped create, but has made no inroads.

But advertisers have the power of the purse, which means tech companies might actually be inclined to listen to them. Unilever, which owns popular brands like Dove, Marmite, PG Tips, and Ben & Jerry’s, spent £6.8 billion last year on advertising, behind only Proctor & Gamble. Weed says that the tech giants’ failure to take complaints about the social ramifications of their products seriously means that what might have been been “internal” industry issues between advertisers and companies are now very public ones:

Weed joins a growing list of people who are complaining about tech:

Unilever, Weed plans to say, will adhere to three principles in deploying its war chest of ad dollars. It will not invest in brands that do not protect children or which create division in society; it will tackle gender stereotypes through what it calls its #UnStereotype campaign, and it will only partner with organizations dedicated to creating “better digital infrastructure.”

Pulling advertising from the likes of Facebook and Google would be no easy task: eMarketer last year estimated that the two companies controlled more than 60% of the US digital ad market, making it an effective duopoly. Traditional media is trying to capitalize on the moment. NewsCorp CEO Robert Thomson said recently that the “dysfunctional” digital media landscape will continue to benefit premium content (like some properties in NewsCorp). “The bot-infested badlands are hardly a safe space for advertisers, whose brands are being tainted by association with the extreme, the violent and the repulsive,” he said.