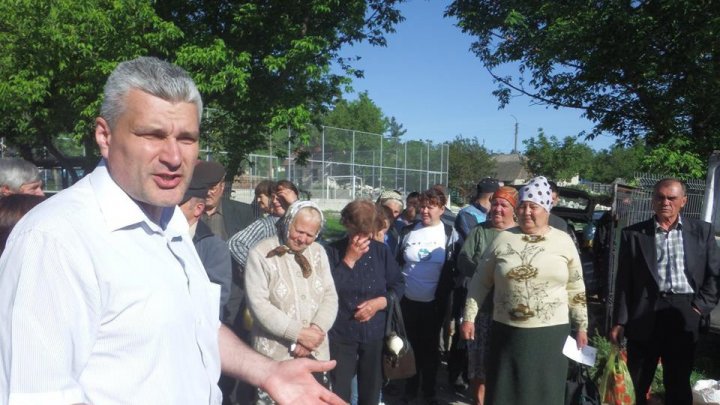 PPDA deputies pretend on having dignity, but use an indecent language. This time, it's about the party's vice-president, Alexandru Slusari. He talked in a disrespectful manner with some people who tried to ask him some questions. The incident happened in the front of the Parliament, and besides Slusari, was Andrei Nastase, the godson of the criminal fugitive Victor Topa.

'-You want to further kiss Plahotniuc's ...?''-Very nice words from a deputy elected by citizens'.

The immoral behavior represent PPDA leaders somehow. Previously, at a meeting with the Criuleni people, Andrei Nastase behaved aggressive with those asking him uncomfortable questions. The politrician didn't bother when shouting at the people and resorted to attacks to avoid answering questions.

'-I will kick you out!-Why?-You understood?'

Because of his aggressive behavior, in the voting campaign for parliamentary elections of February 24, Andrei Nastase was banished from multiple localities by the citizens.