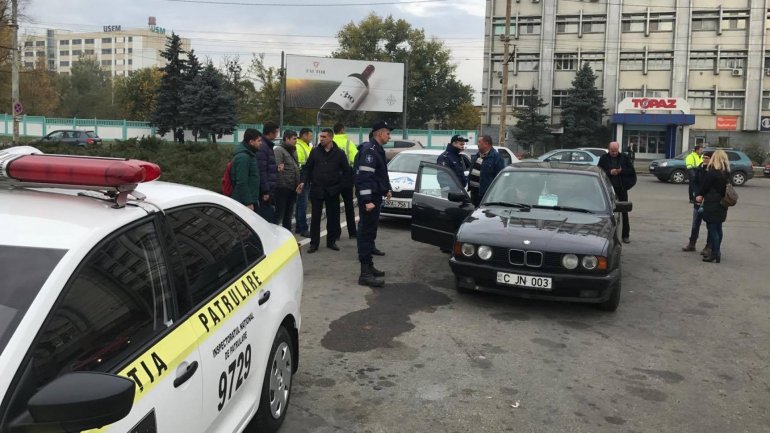 State Fiscal Services, along with National Patrol Inspectorate and National Agency of Auto Transport have unfolded a massive operation in Chisinau. The main aim was to combat the illegal transportation of people and punishing people offering taxi services unauthorized.

The investigation took place in multiple Sectors of the Capital at the same time. Taxi drivers were pulled over and after checking their activity it was established that some were offering taxi services without authorization.

Therefore, during 2017, State Fiscal Services, along with representatives of Ministry of Internal Affairs have taken actions in all cities and regions from Republic of Moldova to find and sanction vehicles acting illegally as taxis. So far officers have opened 464 cases, registering breaches that are fined with total amount 721 200 lei. At the same time 96 economic agents offering taxi services were inspected, resulting with 84 cases that are sanctioned with a 437 thousand lei fine and breaches of 176 thousand lei fine.

During 17 - 25 October, around Chișinău 32 cases of fiscal breaches:

- 15 cases where money were traded without using a cash registry;

- 13 cases when the entrepreneur's activity is not registered at State Chamber of Registration;

Simultaneously 16 economic agents offering taxi services were checked, having calculated along with taxes, sanctions and penalties amounting to 11.7 million lei, out of which 10 million were paid.

For all breaches, entrepreneurs will receive fiscal fines of 106 thousand lei and sanctions of 21 thousand lei.

State Fiscal Services warn that such actions will be performed all over the country.

According to the Contraventional Code (article 263, line 1) illegal entrepreneur activity is fined between 1 000 to 3 000 lei. In case of economic agents, transporting passengers without offering bills is fined with 3 000 lei.